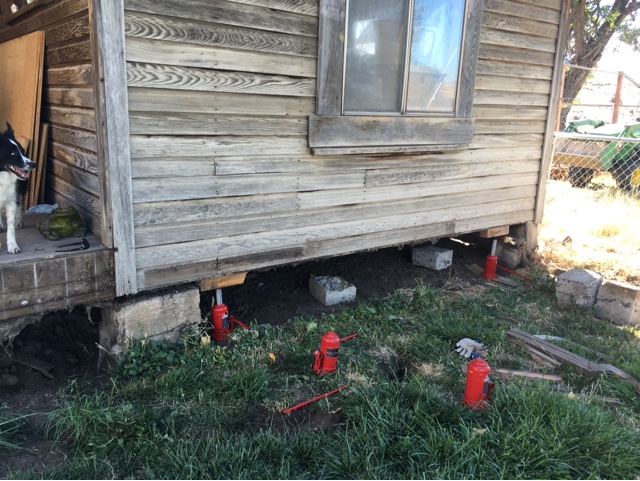 It has begun. Yesterday evening we ripped off the old house skirting and today we worked on leveling the old house.     First we put all five jacks into play. But, the level kept saying the house was level but the Windows would not open or close correctly. They had a gap on one side. So finally we quit looking at the level and started looking at the window and doors. We would occasionally go back to the bridge and look back to see how the house looked. Once the doors and windows were right we called it good.

I used the old concrete blocks from the grain elevator and hog side of the lamb barn. One of the blocks had some writing on it. Annmarie looked it up for me, the little girl who signed her name in the concrete did it 88 years ago!!  I am using the blocks as supports for the pressure treated 4×4 posts we installed to hold the house up. I am saving $5-7/block. Plus, what else was I going to do with them.
The old concrete blocks were disintegrating. We just smashed them with a hammer to break them up. 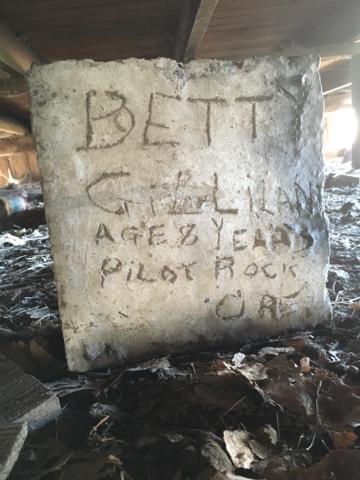 I did put a long sleeve shirt on before crawling around under the house. There was lots of old cat poop but no more flat cats were discovered. We concentrated on the yard side so the dogs could be kept in the yard.  Mouse hates the overhead run.
We used cedar fencing to create the new skirt.  The only snafu was the front post had leaked so much water down it that the whole corner was rotten. We had to cut sections of the support out and replace about four feet of rotten wood. It took an extra 40 minutes!
I am hoping to get the backside done tomorrow but I need more hornet spray first. We ran out today and they started to get really pesky by the end of the day. 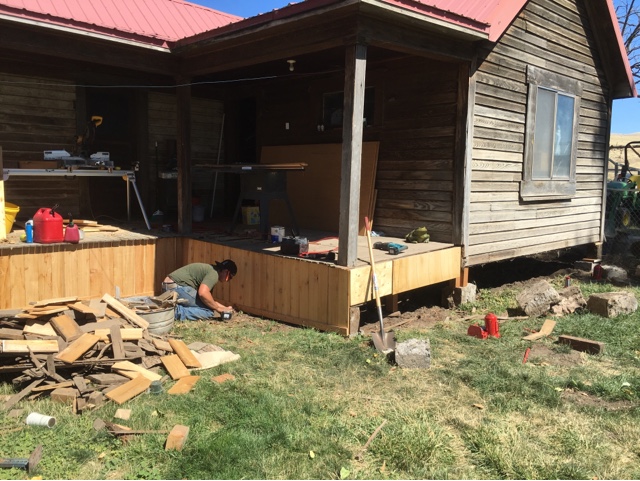 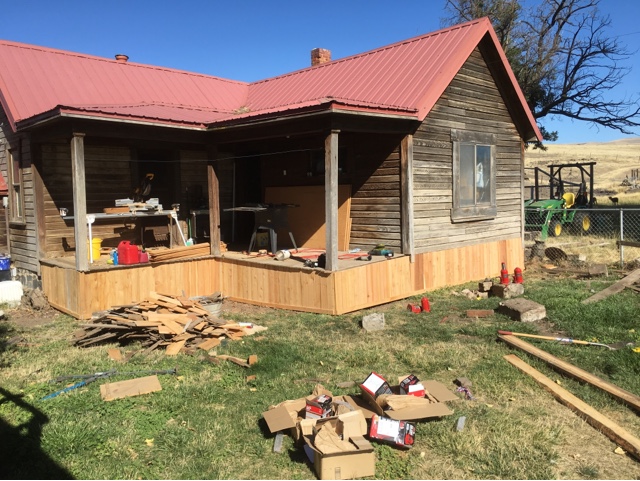