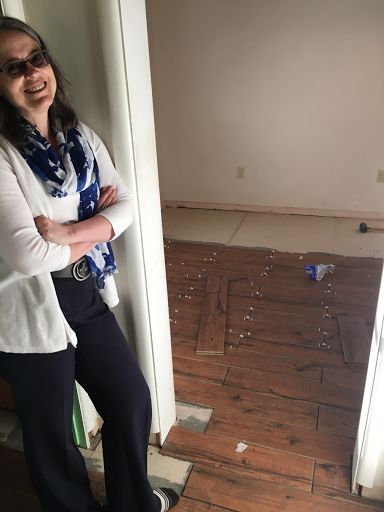 I started the day trying to pick up some Tamarac fence stays first thing in the morning. I went to pick them up and no one was home. There were several dogs in the yard and a dog door in the front door. I had no intention of going inside the fence and knocking on the door. All I could see was another three dogs boiling out of the front door when I knocked. I called home and had AnnMarie give me the phone number. I called and the seller answered informing me he was shed hunting in the mountains. He agreed to call me when he got back and I told him there may be a delay as I was going to be tiling. He called back when I was tiling. Once I had used up all the mastic I went and picked up 150 of my 500 stays. I will pick up the rest in a couple of weeks with my trailer. He wasn’t a very good forklift operator. The trailer will make it easy to load. 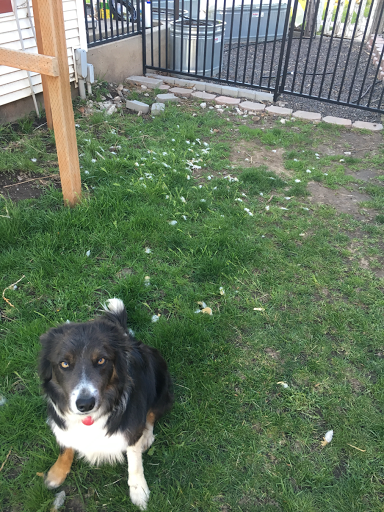 This is what a bad dog looks like!  I was in between buckets of floor mastic when I thought I heard a chicken screaming for its life. This is a totally different sound than a chicken normally makes. I decided to investigate by going outside and hollering for the dogs the second I got outside the front door. I went left and before I could get off the porch Mouse jetted by looking guilty. Sprawled out on its back was one of my hens with feathers loose all around it.  I went over and picked it up and the death squawk started up again and continued I set the hen over the fence out of reach of the dogs. She ran away under her own power. The dog and I had some words and a good stare down, damn dog. 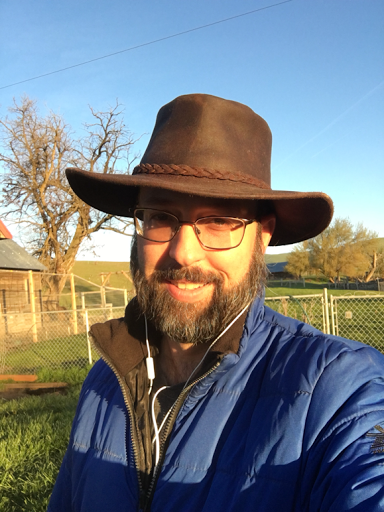 When I went outside for nightly chores the chickens needed to be fed. I had not killed any mice for a couple of weeks and have snagged three in as many days. The mice have emptied three 50# bags of chicken food!  So I cleaned up and moved one pile of bags onto another pile and redistributed traps. I think I can set out another six traps to create a minefield effect.