Skip to content
Thursday was the day the alpaca were finished. The boys came out first thing and we continued the routine. My back ached from the previous seven hours so I made them do all the lifting. I was the “skilled help”. The fact that I managed to cut all three of the alpaca is irrelevant. The boys kept trying to one up each other and Mr. Manners made the sidekick ask for help after he popped off that he could catch and halter an alpaca by himself. He could not and was reduced to having to ask for help twice before it was forthcoming. The boys were slow moving the alpaca to the shearing table or word had been passed down the previous night about the potential for a scalping because the last three laid down on the ground immediately!  The boys had to get on each side and grab hair and lift the alpaca to the shearing table, shove a knee under their belly then lift the shearing table into a horizontal position. I tied the head to the corner of the table. It was a crucial job that required minimal effort.
Our hoof trimmer blades started to slide apart each time I went to use them. I made them work and even tightened and them loosened them nothing seemed to help. I just kept using them and told myself we were almost done.  I had the same problem with the last shearing blade. I swapped it out and could not get it to cut. I tried metal cutting blade instead of ceramic but that just made it worse. I finally went to an old used blade and a new ceramic blade. This is the real reason I cut the last three alpaca at least that’s what I tell myself. Although in all fairness it does make a huge difference when using a sharpened blade. I am going to buy one more comb blade and only use the ceramic cutters. I will order it all this year when I get these blades sharpened. The alpaca were filthy!  They had rocks and dust at the base of their necks. We have ten large burlap sacks full of saddle hair and ten garbage bags full of seconds from neck and legs.
We want to get the good stuff woven and the seconds made into hair mats, felted type. The big question now is how much will that cost and how many pounds do we have. We probably have 50 pounds at least at about $35-40/lb to process. So we are going to have to plan that expense. We have to buy 35-40 ton of hay this year so that comes first.
I will pick up hoof trimmers soon and throw out the others so I will be ready next time. I am learning it is better to get everything you need for next time immediately so you don’t forget anything and when you do it next time everything you need is at hand. I don’t want to store the gunny sacks just because of the mice. 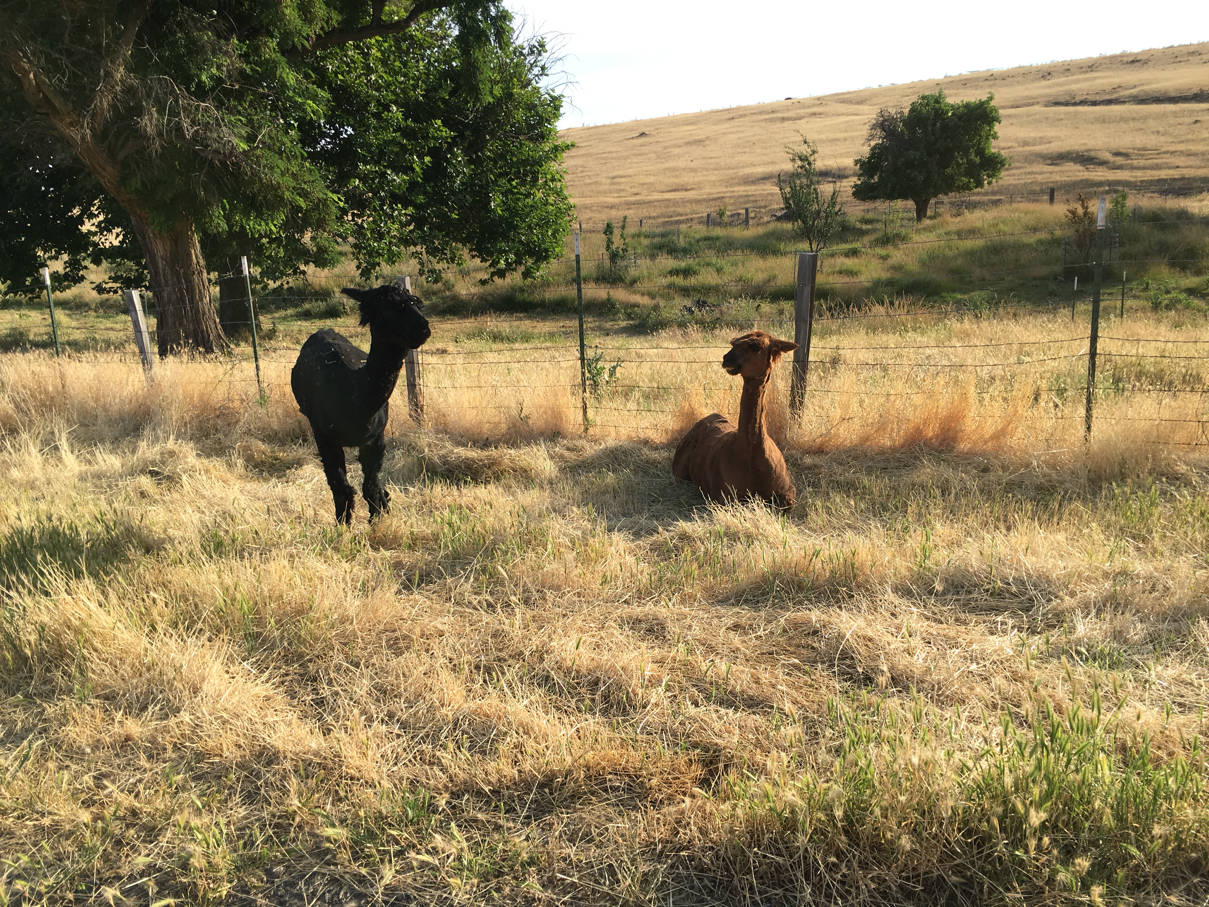 I made the boys move the shearing table into the barn. The thing is a beast and it was not easy. I had to help Mr. Manners with his end of the table. He needs to do more strengthening exercises. It is now living in a corner of one of the hay rooms. Doing the shearing in the old milking shed area kept the sun off of us. I need to lay out the tarp over the dirt next time. We had one alpaca flop off of the table like a fish and it was still tied up by the feet. The ropes were not tight enough and we had not stretched out the animal. Plus, I might have just cut them with the shaver. The hair cuts got better looking the more practice I got. 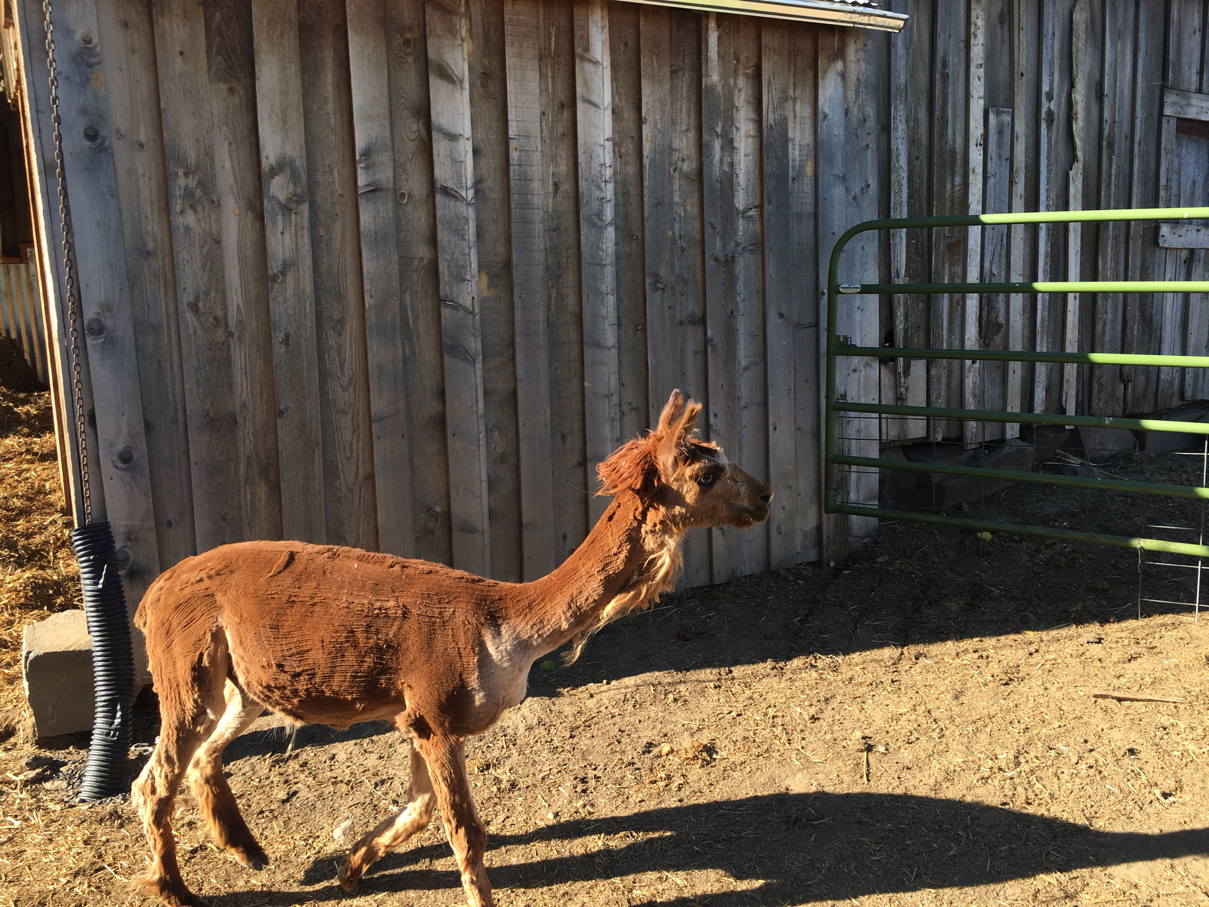