Skip to content
Yesterday, Phil came out to hit it hard and get that horse area finished. I had managed to get in a good six hours of rock picking in on Friday and we still had more to go. I did get the furthest run from the house completed. This is where the metal hanging gate was going to be attached. I had a brand new green gate and an old painted blue one. The green one is for the machine shed but I opted to use it instead of the blue one. The blue one has peeling paint and needs another coat of paint. Not anything I am going to do soon. Since it is visible from the house I opted to go with the pretty one for asthetical reasons. The blue one will go some where far from the house where no one will car that it has peeling paint. I hung the gate and blocked off the small gap between the gate and the barn with a couple of vertical 2×6 boards. Once hung I had to cut a woven panel to wire to the gate. I don’t buy the straight small animal gates as they are more money. Besides for $25 I can add panels to any gate. The price savings is worth it.
Phil had to collect around 12 loads of rocks. One trip he asked me if I had heard him screaming I said no. Apparently he had overturned a rock with a hornets nest under it and they took offense. He said he had ten of them hanging on his shirt when he took it off he managed to not get stung! We kept filling in rocks. It was like a black hole of rocks, just when you thought it was full more rocks would fit.
Next up I needed to drive four T posts into the ground. Oh boy, I managed to get three pounded in and my failure we moved I’ve a foot and Phil managed to get it pounded in. It rotated almost 90 degrees due to some rocks. It was good enough. We stretched out some old woven wire and the three pieces of old barn wire that were there before. Next up was a short stretch on top of the rocks on the up hill side. I opted to use the old version oven wire section we had just removed. It is about 8 inches shorter than the woven wire I used everywhere else. This height difference caused me some decorative issues later. When we ran the woven wire across the horse area and over to the gate I noticed that the wooden upright posts were still a little loose. So I decided to use some 2×6 boards across the top. I still have some left over from the unit of wood I purchased two years ago. Once we saw how much that reinforced the fence we put it everywhere!!  I put it six inches above the woven wire. Hence the problem, one measly section was shorter which caused an asthetic disalignment for practical reasons. I was informed that this discord would need to be corrected when the foreman went out to look at our progress.
We spent ten hours out in the heat and got everything done but the asthetically pleasing additions necessary to complete the job. My big mistake was in not moving the new kitchen table into the house after lunch. I was so tired and sore it felt like I had been caned everywhere from the waist up and we had to carry 175# table set into the house from our driveway. Not a small feat and one that threw me over into perpetual agony for the night.
I will get the fence fixed in the morning. 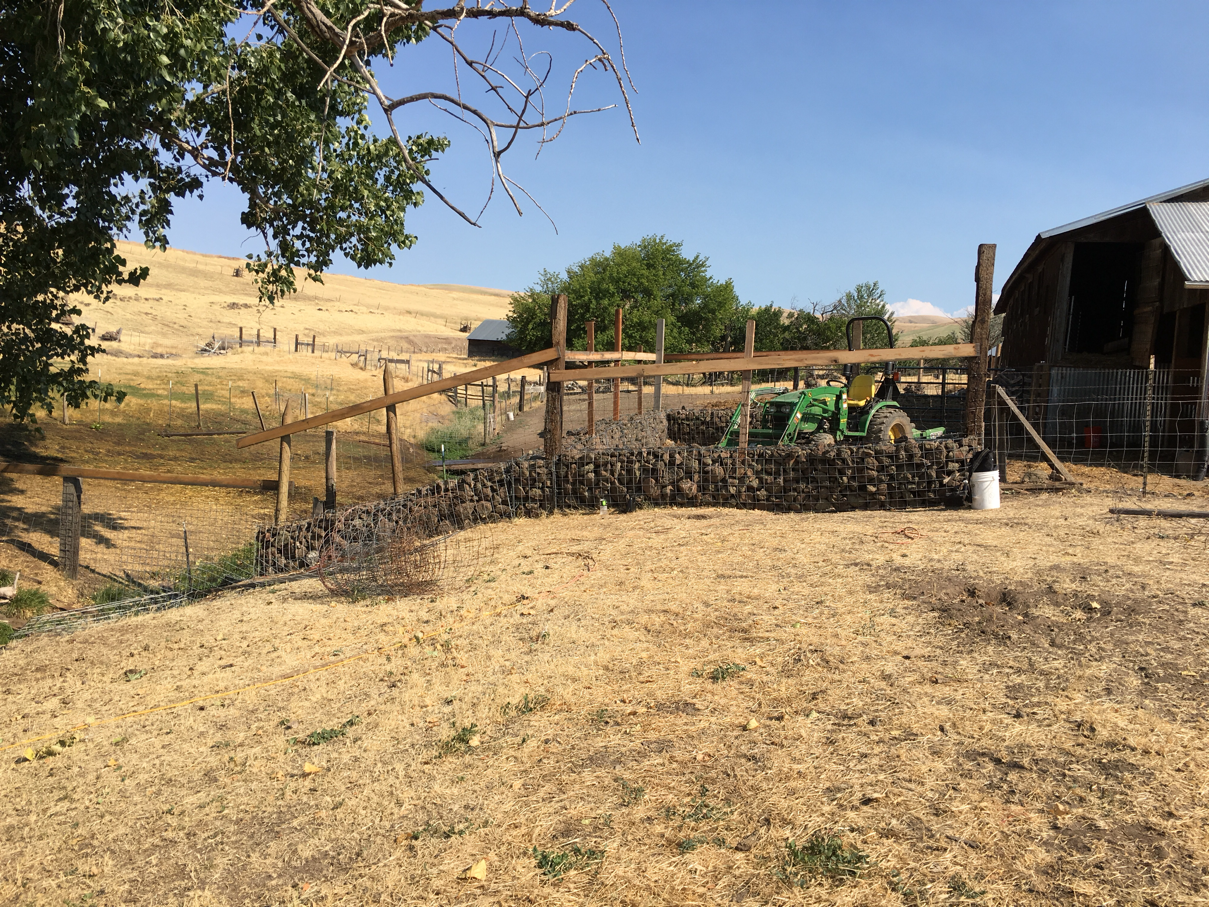 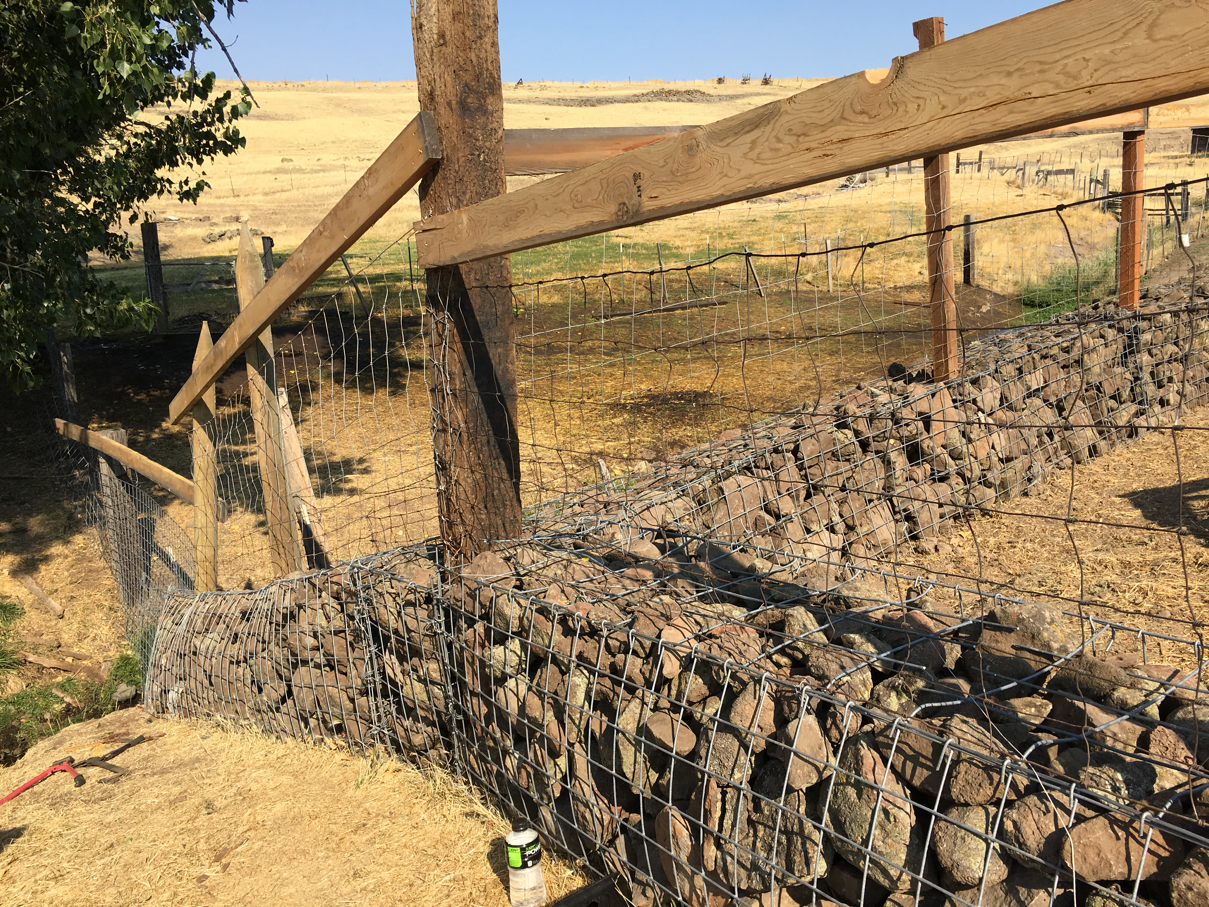 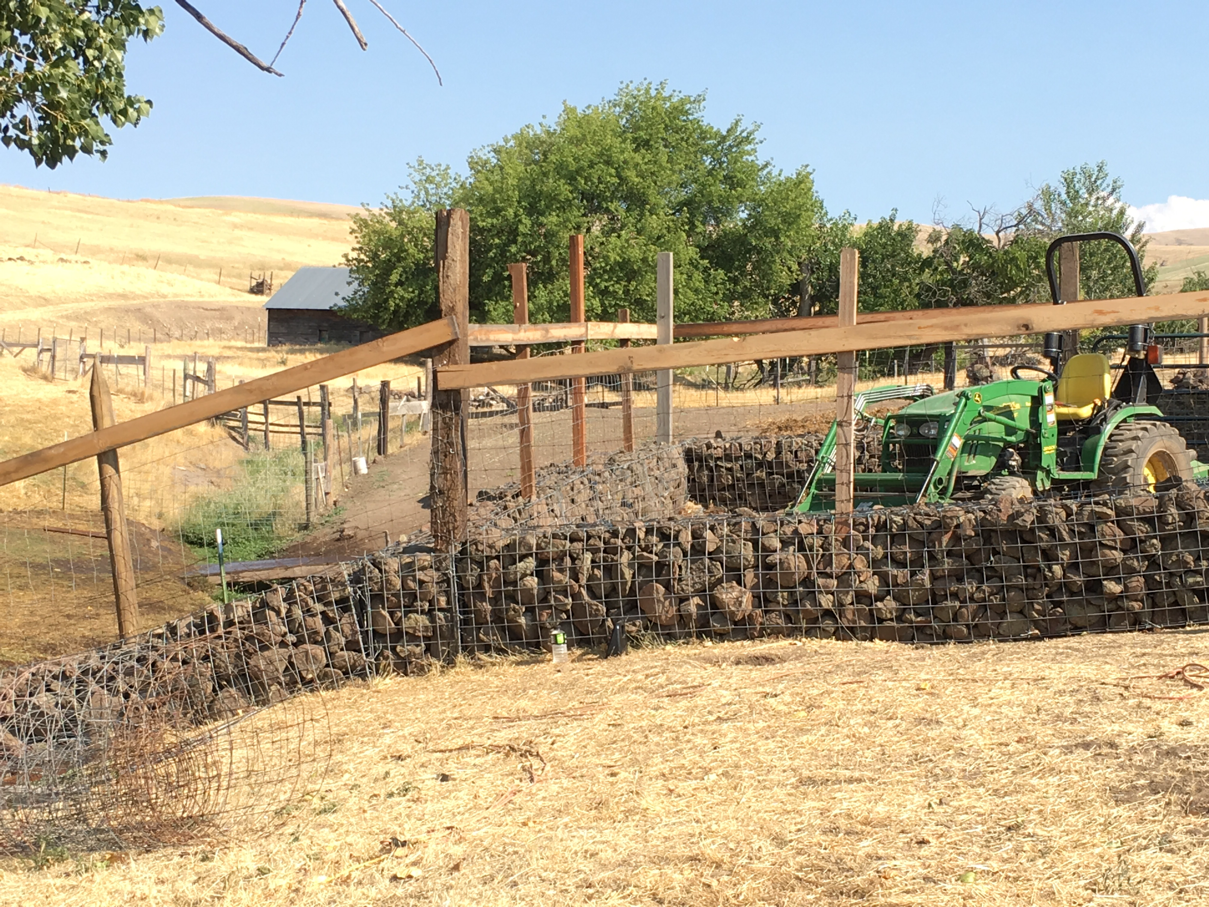 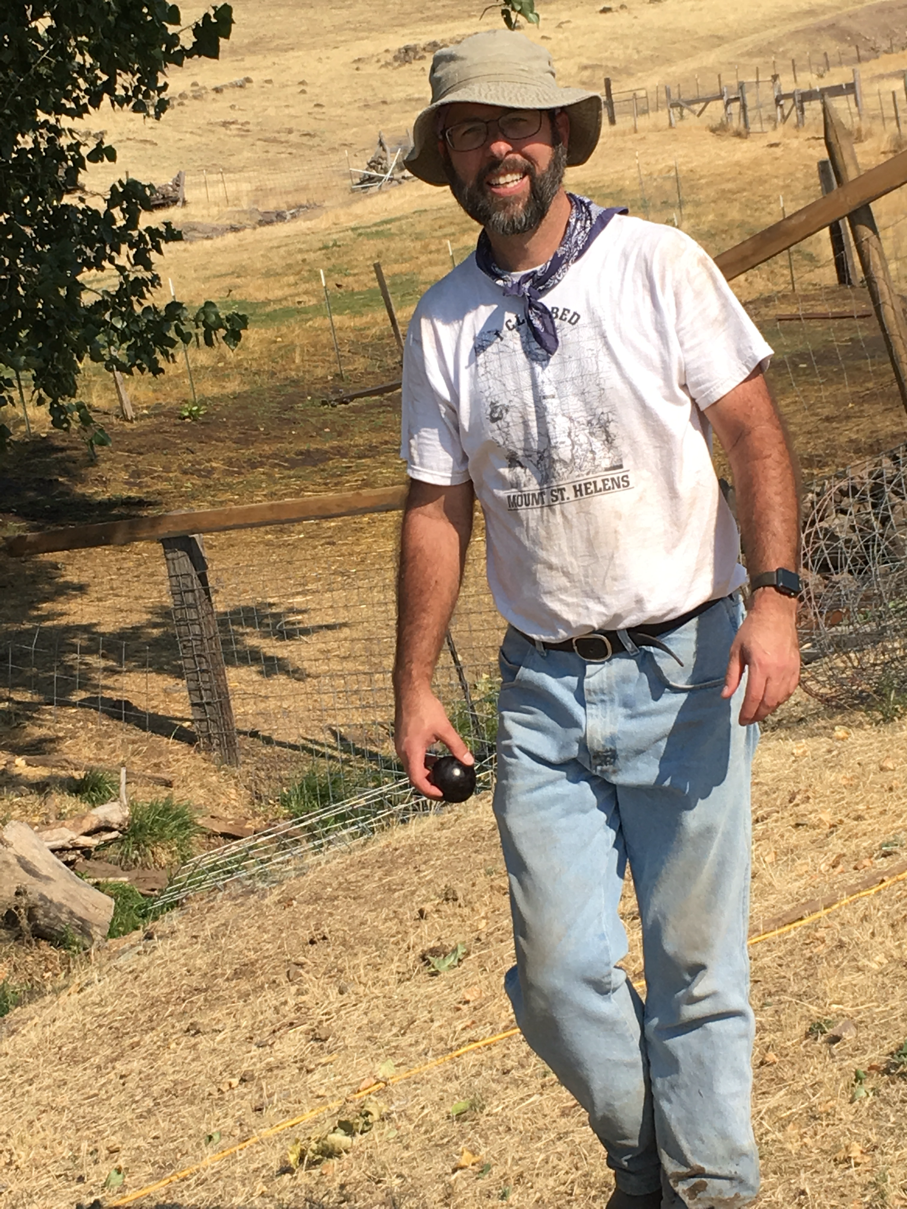