I heard that Phil the groundhog did not see his shadow therefore we would not have 6 more weeks of winter. Well we had snow over the last 24 hours and a winter weather advisory. Luckily for us, we did not get as much snow as was predicted and the storm went north of us. Whenever this happens to us late in winter I always start to have a mild panic attack. I am always fearful that we will run out of hay. What would we feed the animals? Yet, having too much leftover in the barn means you paid for too much hay. It would be one thing if we were producing our own hay then some carryover would not be near as big a deal. We could just sell the extra in the late spring to make room for our next crop. Us doing our own hay is going to be a game changer as far as expenses go for us. Paying out $6-7K annually for hay is not worth raising the animals, we need a source of hay that we don’t have to pay for annually.

It’s going to be real close on the hay and will require me to start bringing over alfalfa hay from the machine shed to finish feeding the sheep. It just dawned on me that we may even be able to put up a little straw for ourselves. This will require us to talk with the nice gentlemen growing wheat on the farm. We only use 2-4 ton of straw annually so not very much.

One of the new lambs decided that to get maximum access to the food it needed to crawl into the feeder and on top of the hay. I had to move the lamb out as I was afraid it would get stuck once its platform got eaten away. I never looked to see if it was a boy or girl but since I don’t see a tag in its right ear I am betting its a girl. A tag in the right ear means its a cull animal and all the boys are not keepers. 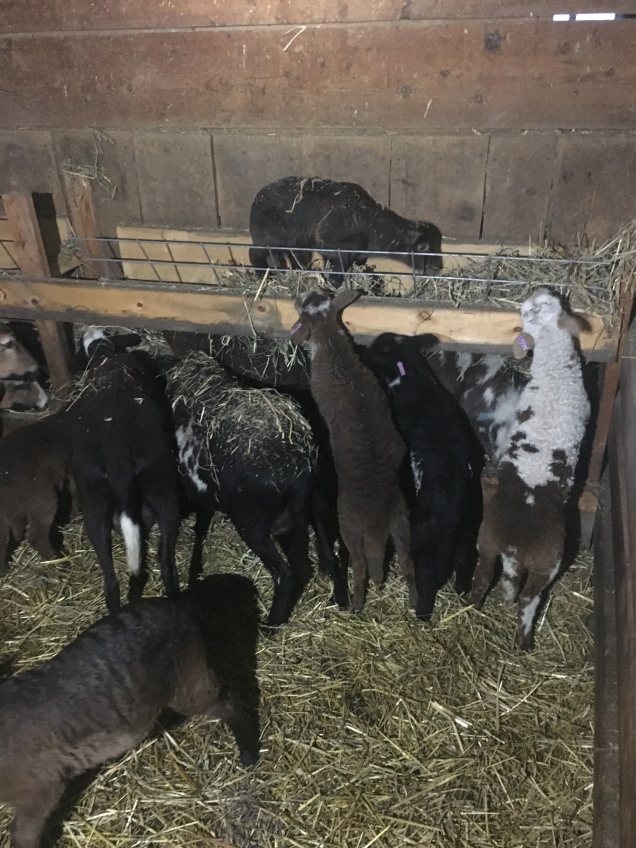 I went out this morning to feed after a few hours of sleep and there was snow everywhere. The big bales are done so the cows are now eating normal 100# bales of alfalfa but these allow them to tip the feeders very easily. I wanted to feed some alfalfa and a little straw to the cows with the tractor. I started up the tractor even with the temperature under 20 F, no trouble. I let it warm up for a few minutes and put it in gear, the tractor died immediately. I did this 3-4 times all with the same results. I lifted the bucket up and down without any trouble. Stumped I decided that it just needed to warm up some more and I went and fed the sheep and horses. No babies this morning. The “wide as long” ewe was still in her pen and still not doing anything. The sheep are starting to mob me as I am giving them grain in the morning on top of their hay and at night I am tossing a half a bale of alfalfa onto the top of their hay. 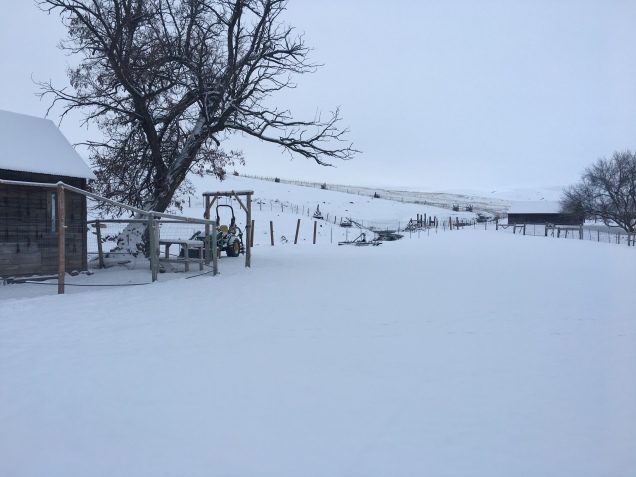 When I was feeding the ram and his three ewes I noticed that our water was running again. We have a hand dug well on the property from the 1940’s and it has buried pipe that goes to the barn lot and under the creek over to behind the old chicken coop. The standpipe by the coop is broken and needs to be replaced. This will spontaneously start to flow when the ground water level gets high enough in the well. It will run for 3-4 months. Now we don’t have to bucket water to the ram. I just placed a drinking bucket under the running water and the sheep can just drink as much as they want. The pipes don’t freeze as it runs continuously.

I went back to the tractor and again tried to put it in gear and drive away, and the tractor tried to die. I was able to slip it back into neutral and it stayed running. This led me to think that it was the safety switch in the seat. It is there to make sure someone is sitting on the tractor when driving it or running the PTO. I stood up, beat on the seat a few times with my fist, sat up and down a few times and it worked! Problem solved! I fed the cows and went back inside after 2.5 hours outside doing chores. 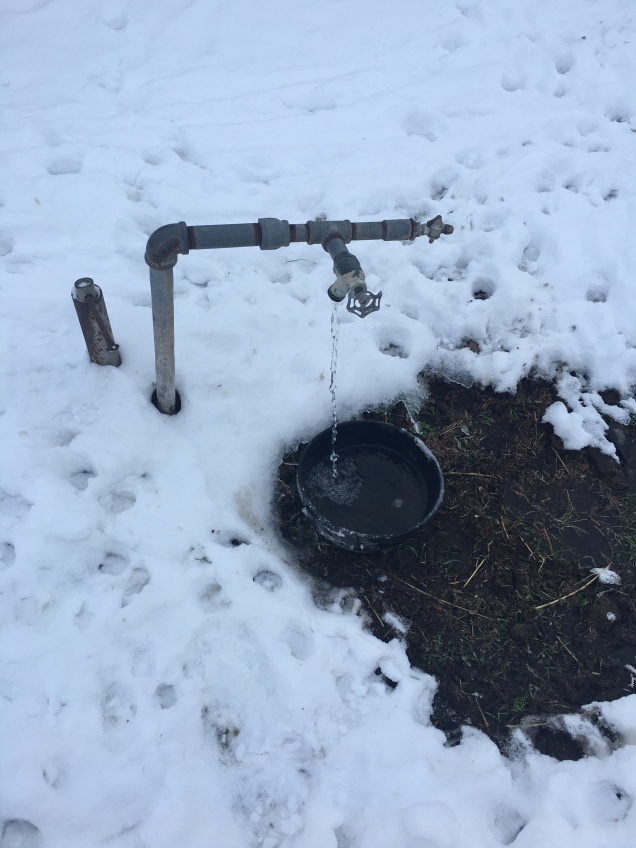 This evening when I went out to do chores the “wide as long” ewe had finally had her babies!! She had a set of triplets and they were all sitting up and cleaned off. She paid attention to all three so we are going to let her try to raise them. We will leave them in the separate pen for a few more days to make sure they are all eating well and that mom and babies have bonded. 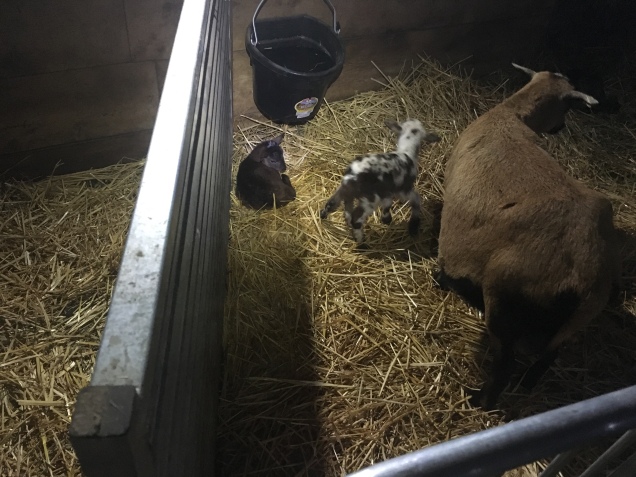 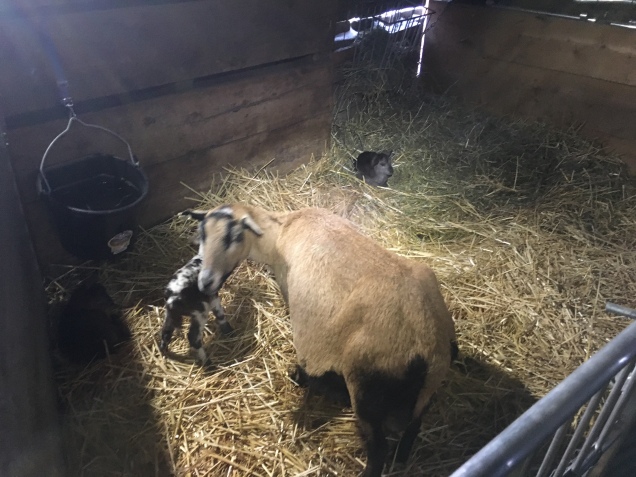