Saturday was supposed to be sunny and dry but I opted to do some inside work. I am getting tired of getting up in the middle of the night and having to walk down the stairs to get to the bathroom. The second toilet is gaining traction and prioritization. I was talking to Tex as we were getting started in again and I realized that I forgot to order enough floor tile to go up the walls 4 inches. So now I need to call and order another two cases of tile. I will just cut the 8 inch tiles in half with the wet saw.

I had Tex cutting wood while I installed it. This meant he had to recut some pieces because of me measuring wrong or him cutting wrong. By lunch time he was rubbing his right eye nonstop. He had gotten sawdust in it earlier but I noticed it after he started to wear the eye protection I had out in the old house. I keep gloves, dust masks, goggles, eye glasses and ear plugs out in the old house. 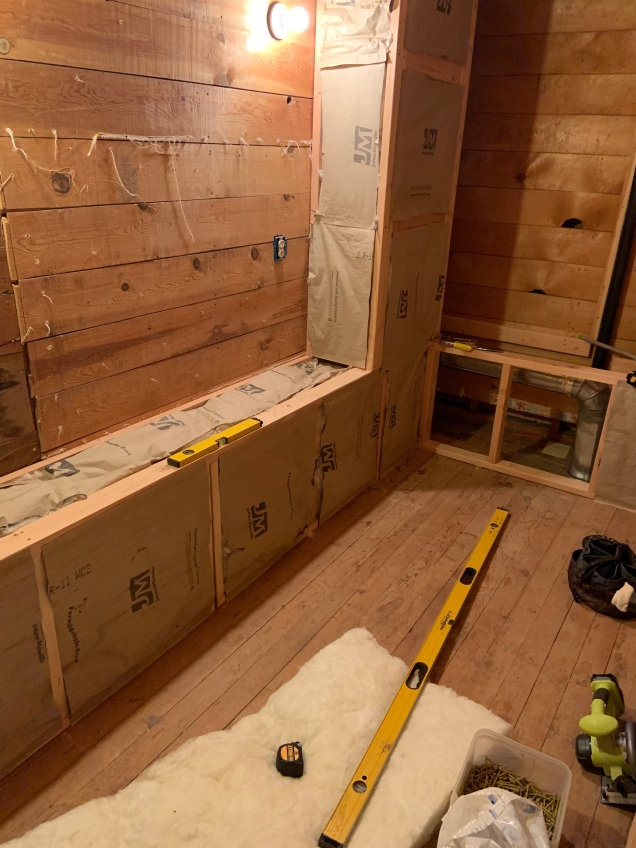 Annmarie wanted him to go to the ER but Tex reminded her that his mother was on duty and he was not going to do that. So I had to call his mother then torture Tex by turning his eyelid inside out and wiping it for dust and splinters. I did not find anything. I also irrigated it and still didn’t see anything. I was less than gentle but did get the job done. He ended up going to see his mom and she sent him to the walk in clinic, he had a scratch on his cornea, got some antibiotics and it will heal. I suspect he will be more cognizant of safety gear. If not, Annmarie told me I have to start making him use it!

The goal is to get insulation all around the heat pipes and the exhaust pipes to trap the heat and cut down on the noise. I went out to finish cutting up the plywood but the saw battery died. By the time I got all the tools and wood cleaned up and put away it was time to get cleaned up for a wedding. I had to give Gizmo a shower as he had gotten out of the yard again and his beard was covered with fresh sheep shit. Zeke has not gotten out since we cleaned up the yard but the little dog is still climbing the fence.

We are going to sort the sheep when we get back from Annmarie’s seminary graduation next week. We are going to pull all the lambs off of their mothers and put them in the orchard. We will swap them with the ram and number one ewe. She is no longer limping and he can go hang out with the ewes as they should all be pregnant. We will give the lambs about 4-6 weeks on the orchard then sell them as a group. We have five more sold for slaughter this fall. I still have one cow to sell for slaughter this fall.

Annmarie looked great for the wedding, the hat is an old Pendleton Wool hat she picked up at an estate sale. She says it looks better on her which I cannot deny.

It rained over half an inch at the end of the week and we are under a flood warning for the next two days. This is definitely putting a crimp on my spraying and haying progress. As soon as my neighbors start cutting hay I will! 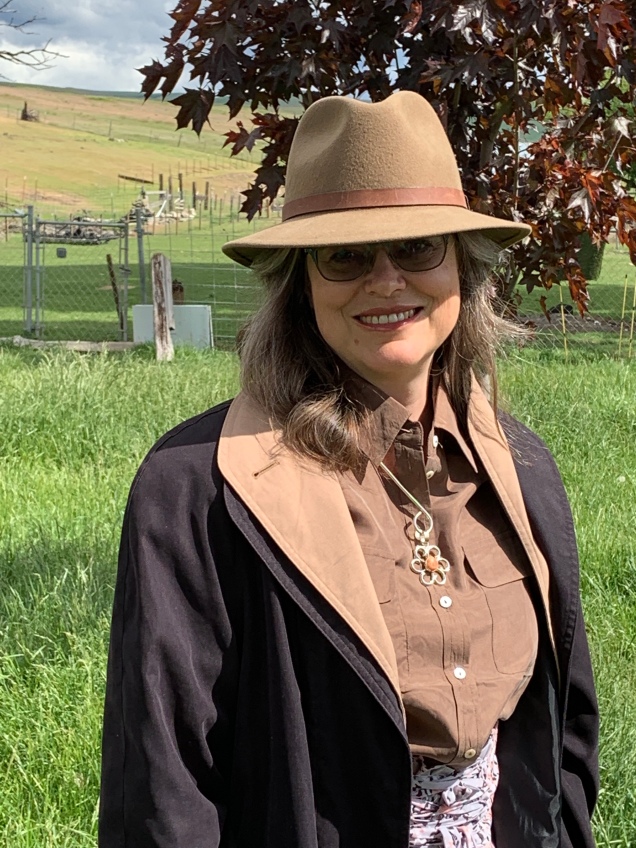