It has been one of those catch up weekends. They must come around as the honey do list can keep growing. I spent a few hours on Friday working on painting the front fence. Did the same thing on Saturday and one half is now almost done. I have two small sections to paint but the weather got wet and I could not finish.

We have had some summer rain and lightning storms this week and the sheep don’t really feel the need to rush out into the upper pasture and expose themselves to the elements. We had not seen the three, soon to be eaten cows, in over a week. They have been staying at the far end of the pasture and we don’t bring them in at night. Just the horses and sheep have to come in every night.

Annmarie and I had just had the discussion that neither of us had seen the feeder cows and I was going to have to go hunt them down. They were kind enough to be standing by the gate when I let the sheep out in the morning.

Now that the alpaca are confirmed killers we are constantly having to check on them to make sure they are all still alive. When you drive up the driveway and see this, you do a double take and then look for signs of breathing. The chest movement is visible as they breathe! 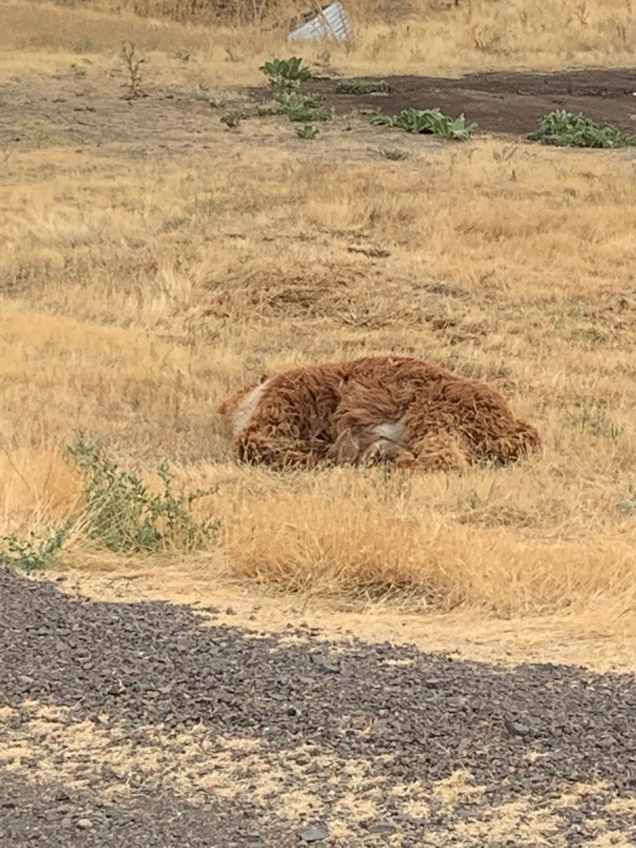 We had 13/100 of rain last night and this morning, when I was out doing stuff today I kicked over some dirt to see if that was going to make a difference, not really, it was only about 1/4″ below the surface then it was dry again. We are going to need a lot more rain starting in late October, not before. I went in and paid for an agricultural burn permit, which is needed if you are going to burn more than 2 acres. There are not very many issued for the county, less than 120. It’s Round-Up week so all agricultural burning is banned Saturday to Saturday so nothing can get away and pull services away. My plan is to burn right after Round-Up and then start planting grass seed. I want to get 20 acres of grass planted.

Today I needed to check the oil in the UTV, it was the last thing I needed to do before we put it into service. This entails pulling both seats out and the center console. The oil level was good but I could not get the center console back in. It took me 20 minutes and three You Tube videos to realize that the cutout will never hold the seat belt cable. You have to move the seat belt out of the way then it just pops right into place, its ready now. 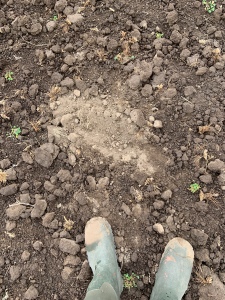 I know that deer season is coming up soon and we are going to be killing lambs in the next two months so I needed to get the gravel moved into the hole I dug around the skinning posts. I spent three hours today moving 12 yards of gravel from the front pile to the skinning pole. It looks good and now I won’t have to wear my mud boots when I am cleaning animals! The water should just go down into the ground and stay away. This improvement has been a long time coming. I just need to get the flood light installed on the outside of the chicken coop now.

I am getting ready for the big grass seed push coming next week. I am taking vacation from work so I can hit it hard.