The grainary walls continue to fall down slowly.  Jason was going to come salvage the building but with winter arriving it was too difficult.  I contacted him so we could get the building down.  He came out a few days and started emptying the building.  He made two piles, keep and burn.  He wants to salvage as much as possible and was very interested in saving all the main structure of the building.  I went out and was working on the upper prime pasture fence and decided to call it a day.  Jason was taking the building apart a single section at a time.  I stopped and told him at this rate it would take him another two weeks to take the building down.  A plan was hatched with my input to assist the take down of the building with a chain and the tractor.  Being an astute soul, Jason verified that Annmarie was not home!

We hooked the tractor to the first support, via a chain, and I pulled outwards straight away from the wall.  It took a couple of jerks to rip it down.  Unfortunately, this technique caused part of the main support board to splinter.  Not leaving it in pristine condition.  So in true man fashion we decided to try again, but this time we would pull in line with the wall.  Well, the supports were better anchored for a inline stressor.  I had to hit the chain several times with the tractor before it came down.  We would go in and take out all the pieces and do it again.  We had three sides off except for one support pillar on one side six feet from the intact wall and the roof was still standing.  We moved back to the intact wall and had 80% of it torn out and the roof was still standing.  It was amazing.  We were able to salvage 90% of the boards, totally unbelievable. 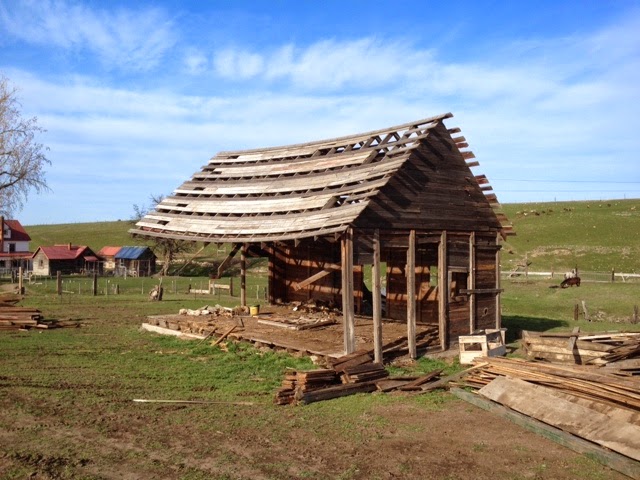 The roof fell straight down onto the floor with a slight twist.  Jason will be able to salvage the entire roof without ever getting on a ladder.  We made a deal for me to keep all the 2×6 lumber from the roof.  They are all 16 foot long.  I am going to use them to finish the overhead walkway above the jugs in the barn.  I have already talked to Annmarie about filling in the concrete footings with gravel so we can then build another building over it to house the tractor and mule with doors on both ends so you can just drive through the building.  Years from now plan. 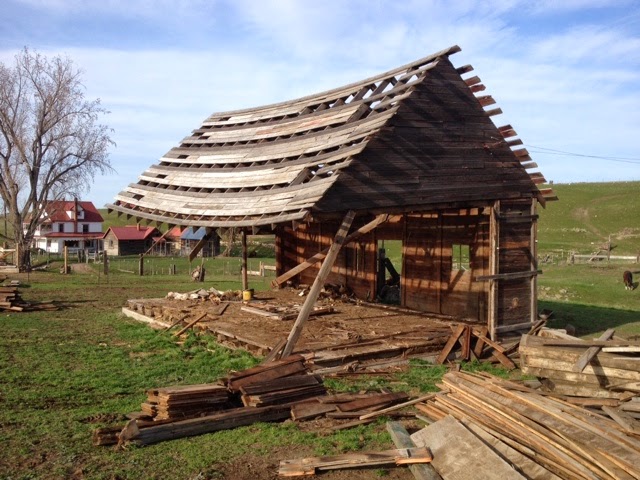 Hopefully, in six weeks the building will be gone. 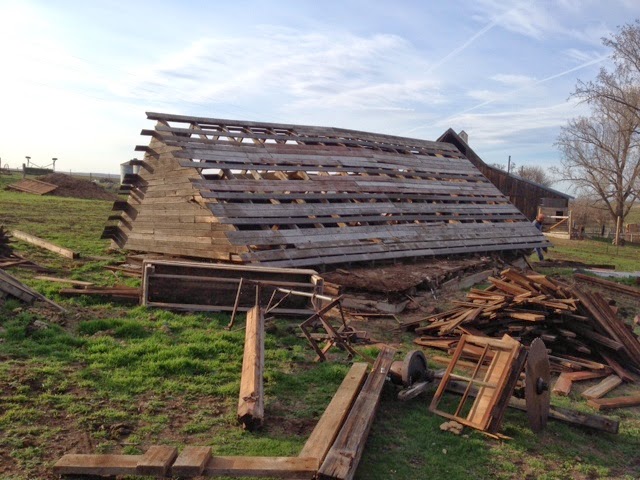