It is only fair to give credit where it is due, I let the predators count the three baby lambs they snagged off the back hillside.  Gannon killed another possum so we get credit for that.  We are still not happy about the loss of the lambs.

We caught the cows again on Thursday and doctored them.  Three of them had runny eyes so we squirted powder medicine in their eyes.  The calf we had treated earlier looked better but we doctored it again and put a patch over his eye.  He looks like a pirate now!  You squirt this glue, looks like rubber cement then slap it over the eye, ensuring no glue gets in the eye.  Said pirate ran into the fence several times before managing to get out of the square pen.  Obviously, he can still see out of the injured eye.  We ran all the cows into the square pen and then the chute.  The cows no longer want to go into the square chute!  It took a little while, three tries and some gentle pressure.  The one nutter kept getting in a fight and causing the cows to jump around.
Annmarie got us some halters for the calves and they worked great!  Calf just leaned into them trying to pull away and then stayed still, way better than wrestling them to the ground and trying to pin them down 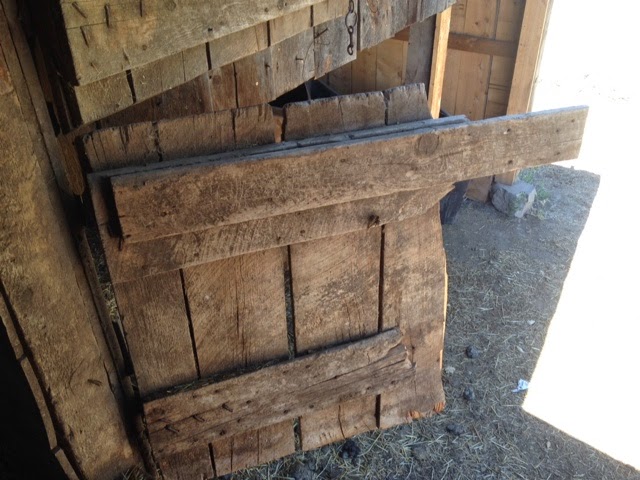 The end barn door was in sad shape.  I fixed it and added a wire panel so the sheep would not jump over the bottom section. 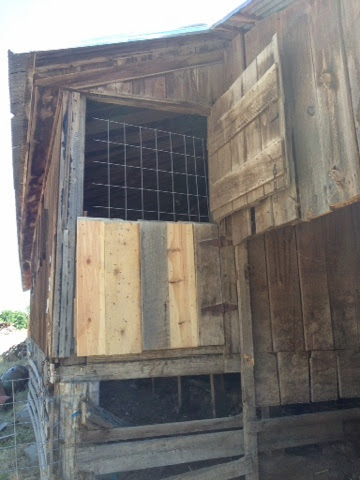