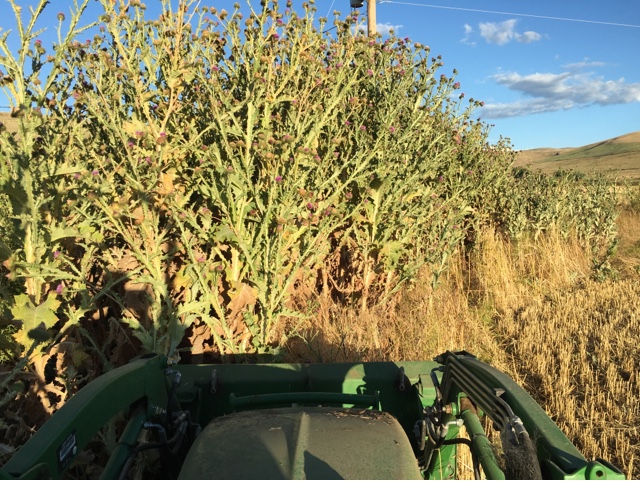 The hay is all baled and ready to come in the barn, so Mother Nature has decided it’s time for rain. It rained every day for a week!  When I went to go look at the hay there were several large sections that did not get cut. The weeds and hidden ditch and soft ground stopped this harvest notion. I also did not go up and spray weeds this spring. I would have had to drive over the green barley.  This has caused the weeds to grow unchecked. They are out of control. So I did the only thing I could think of and fired up the tractor mower. You know it’s bad when you need four wheel drive just to push through the thistle patch. It’s quite healthy. 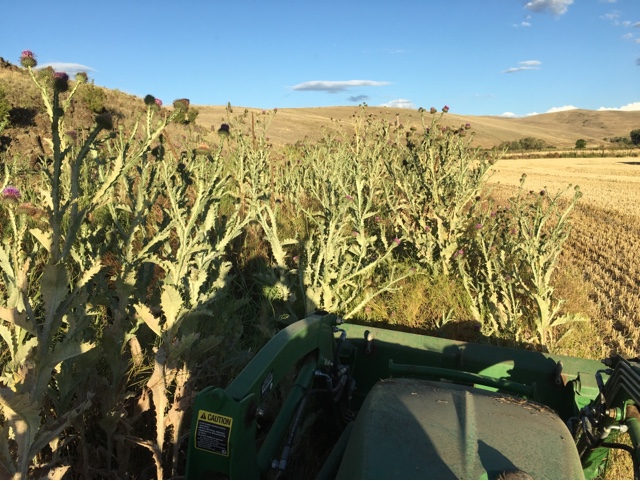 This was really my wake up call to get this area fenced in. It serves two purposes. One I can delineate a spray zone to keep weed free outside the fence and two it lets me turn the animals loose into the area after the hay is cut to forage for a few weeks. It will round the corners off in the fields but overall it will help. Mowing was the first big step. I took a good crack at it after work one night but had to stop due to a lack of fuel in the tractor. Of course this was the day our instant hot water heater took a nosedive and quit working. Mowing in July in eastern Oregon is a very very dusty prospect. I mowed alongside the barley hay field. I have some teenager help coming tomorrow. He had asked if I had any work a couple of weeks ago. I asked him if he was busy on Thursday and Friday, and he replied in ear,y afternoon. So I made our start time 0530!  We can still get in 8 hours on Thursday. 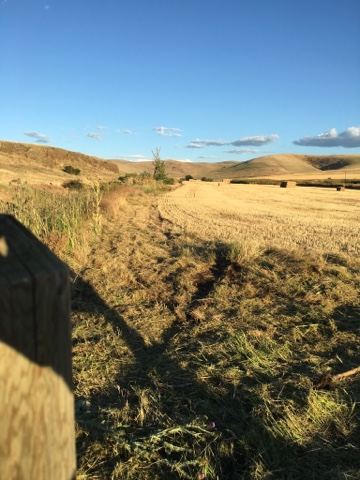