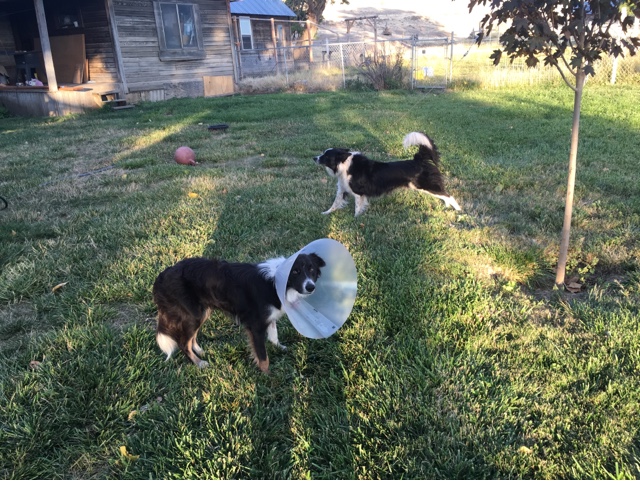 Puppies are so dumb!  Just look a cone of shame shows the results of some serious IQ challenges. He was supposed to get neutered on Tuesday morning. Instead when I drop him off I have to ask the tech to point out his left eye to the vet and the two sores on his belly by his scrotum. The vet calls me an hour later to tell me he has a foxtail in one ear, a foxtail under his left eyelid, and two abscess that needed to be probed. I authorized the sedation to remove all fox tails. The vet didn’t want to do the neuter until his abscesses are cleared up. She called back an hour later to say that every location had a foxtail!  So now he wears the cone of shame. He has four different medicines, one antibiotic, one eye ointment and two pain pills. He has to stay on medicine for the next two weeks. If he is healed then we can move forward with the neutering.

He is so pathetic we now have to put his food on an elevated pedestal so he can eat it. Annmarie had to help him up the stairs the first day. He could not figure out to lift his head to move the cone out of the way.   He is becoming the most expensive dog we have ever owned. It’s a good thing he is the best working dog we have ever owned. 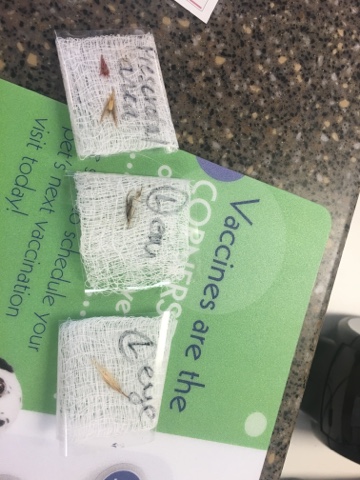