Skip to content
I was sure I was all done with hay other than getting some 800 pound bales into the machine shop. Little did I know that was not going to be the case. I went to go pickup our alfalfa last weekend and discovered I was getting small bales of alfalfa. This is good and bad. Good because the bales will fit in the barn, bad because someone has to put them in the barn, all 12.5 ton.
I had to move last years hay over by the entrance to the second hay room and restack the straw bales to create room for a lot of alfalfa bales. Zeke was leaping onto the newly vacated floor, every time I moved a bale, in hopes of catching a mouse.  Mouse was just not certain what was happening.  I had about 12 bales left when the first mouse was discovered. Zeke was snapping his mouth and jumping around like an excited teenage boy, which allowed Mouse to swoop on and just grab the mouse in one bite. The mouse’s folly was letting the puppy catch it. Zeke would have just killed it in a couple of quick bites and maybe ate it. Mouse treated it like a cat and took it outside to play with it. He played ten minutes of catch and release before it died. On the very last bale the same thing happened!  Zeke was jumping and snapping for ten feet trying to catch the critter when mouse leaped in and caught his namesake. He played that poor mouse into the grave. I got three ton stacked in the barn.  I was tired and done. 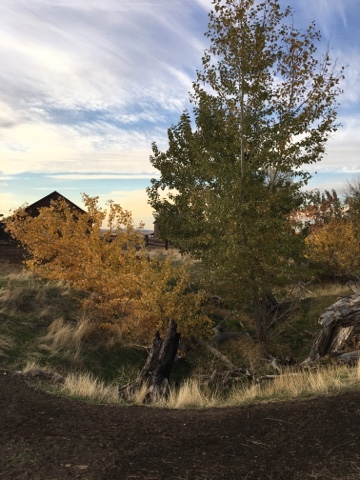 Annmarie and I went for a walk up to the upper prime pasture as the horses had gotten into the pasture through an open gate. The pasture has had no animals for the last three weeks and has green grass almost four inches tall everywhere. Pretty quick we will be able to let the sheep out there, they just need to not be having babies.
We had a very bad wind storm while we were on the coast and it blew over another tree!  It was the second tallest tree in that little grove. I am going to have to plant several new trees from the ones in our elevated garden to  replace the wind blown ones. 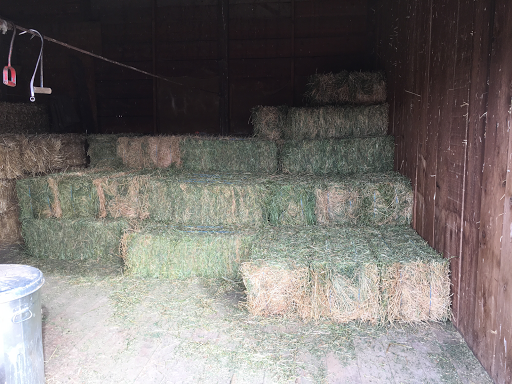 Our chickens had drastically decreased their daily egg laying quantities and I assumed it was because they were molting, which they are.  She said it was because their light burnt out, which it was. The real problem was I needed a short ladder to change the bulb out and there are none at our house. I changed a light bulb in a heat lamp hoping that would work.  It only worked for a few days before the chickens managed to break it. I really need that four foot ladder.