I had a plan, it just needed some freezing weather to come to fruition. What I did not anticipate was the plague. I started feeling very ill on Christmas Eve and it just went downhill from there. I missed Christmas dinner and spent over 36 hours in bed straight. By Monday morning I could move but AnnMarie had the plague and was miserable. It was my last day with the boom and I had promised AnnMarie internet or we would go back to the phone company for our super slow but reliable internet. 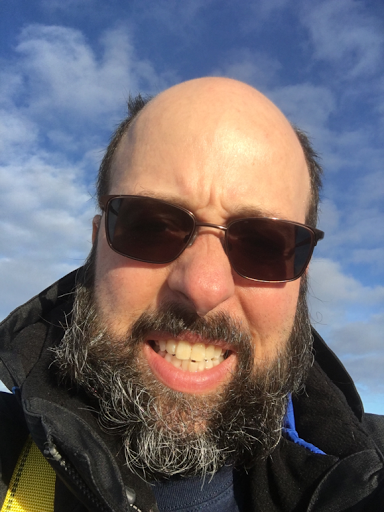 I put on my new coat and headed out into the cold. The boom started no trouble and I was able to maneuver it into place. I had to keep moving the boom around with the wheels. It goes up well but will only reach sideways so far. I did a bunch of manipulating and had to go everything three times as I was still fighting the funk and my brain was not at its usual 75%. 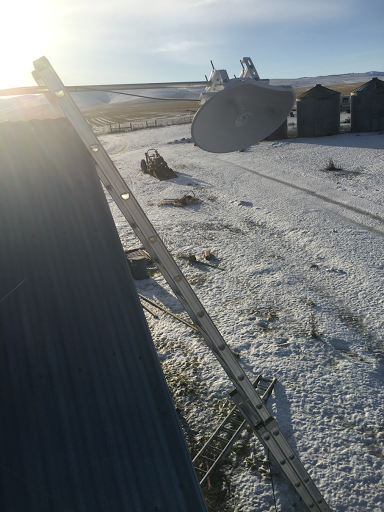 The longer I worked the softer the soil got and the wind started blowing. When you are 40 feet in the air and try to move the boom one foot to the left it jerks around a lot!  I almost hurled a few times. I was really glad for the safety harness. I finally managed to get it up. Locktite on the tighteners and everything in place. I moved the vent dish around and hoped we had internet. My cell phone had died halfway into this three hour ordeal so I could not call anyone. Good thing I didn’t fall out of the bucket.
When I went inside we had internet!!!  We watched tv that was not from an antenna. Life is good. I called the internet people and set up an appointment for them to come aim the dish and replace the bent reflector. They are coming at 1100 tomorrow, Mission accomplished. 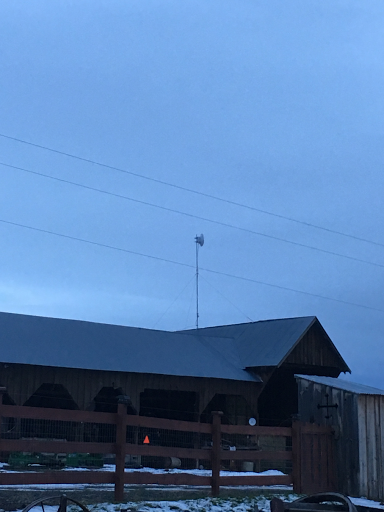 It’s tomorrow and our internet went out in the middle of the night. The dish is still up and on the pole so I don’t know what is wrong. AnnMarie tells me that Skype or any live web stream has not worked since we switched to antenna. I will have to pass that along today.