Skip to content
Annmarie has been gone all week in Berkeley going to school so I have been alone. Some men would like us to think that being a bachelor is a wondrous thing, but there is a reason that married men statistically live longer.
I usually get up at 0430 and head to work or a couple of days a week the gym. I did still get up at 0430 but by the time I finished all the chores I only made it to work before 0700 twice. Also, I cook too much food. I had planned four dinners. I cooked one and there are still leftovers in the fridge. I did eat more fruit than normal and had a vegetable with each meal.
Annmarie had a stupid lamb get its head stuck under a feeder a couple weeks ago. I went out one evening and there is a black and white lamb with its head stuck under the feeder. It looked if he would turn his head sideways he could just pull it out. No go. I tried turning his body 90 degrees in the hopes his head would follow. No go. I raised up the feeder and backed away he finally figured it out on his own.
Once I got back from work there is another hour of outside chores. Normally this is not such a big deal but we had single digit temperatures and my fingers kept going numb.  Did I mention it just kept snowing?
On the third day I tried to take a shower and there was no hot water. This is odd as we have a brand new tankless propane water heater. I looked at our free standing stove and it was off. I got dressed and went out and took a picture of the tank gauge, zero!  No propane. When I left there were four small electric heaters blowing on water pipes and it was 60F inside.  I had placed a call at 0600 to the emergency fill message phone. At 1000, I talked to a nice lady on the phone and said I was out of propane and it was 5F outside. She assured me they would be on it. I came home that evening and there was no propane. It was 58F inside but I wasn’t feeling good so I tossed a couple more blankets on the bed and was asleep by 2030.
I woke up to a noticeable chill in the air while feeling worse than I had when I went to bed. It was 43F inside!!  I dressed quickly and left the house quicker. I did move one heater from the downstairs hallway to the breeze porch. I didn’t want my tropical plants to freeze. I called again at 0830. I was nice but more insistent about propane. We have a 500 gallon tank that gets filled 80% (all tanks have to have expansion room). That is still 400 gallons at $1.55 gallon my cost. I came home and dropped off bird food at my mother in laws and she tells me she had to stop the propane guy from leaving. He had not filled our tank!  He had never been here before and did not know we built them a gate in the fence and a bridge so it was a straight pull of the hose down a hill to get to our tank. He thought we needed to move our cars and his hose was too short. Thankfully he did fill it. I had to reset all the furnaces so they would start back up.
It was a normal temperature in the house the next morning. I felt worse.
I was supposed to go pickup Annmarie in tricities at 1840 on Saturday . I felt so bad I let Sarah drive her mom’s car to tricities. I slept on the couch last night. I get a serious “man cold mentality” when I get ill. It makes Annmarie crazy. I told her last night her voice felt like spikes being driven into my head. Not one of my finer spousal moments. I went to the walk in clinic today. I have pneumonia. It’s Sunday and my pharmacy was closed so I get to have drugs tomorrow. Yeah. I am going to be doing a lot of sleeping and coughing. 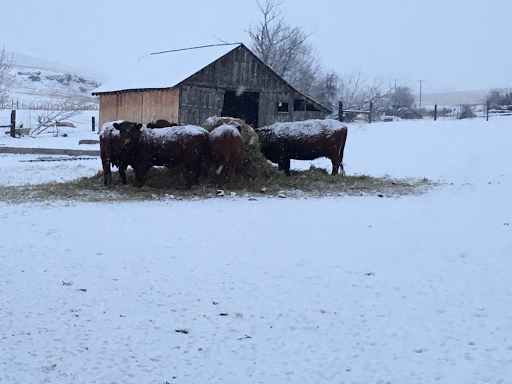 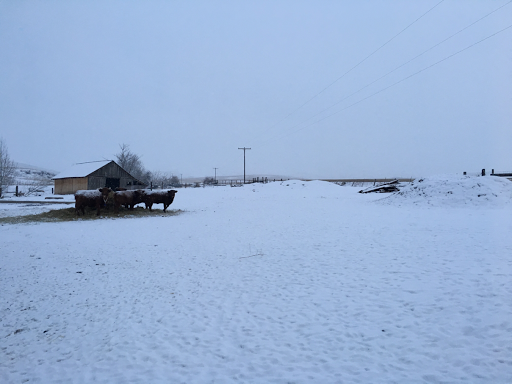 The dial is on zero. 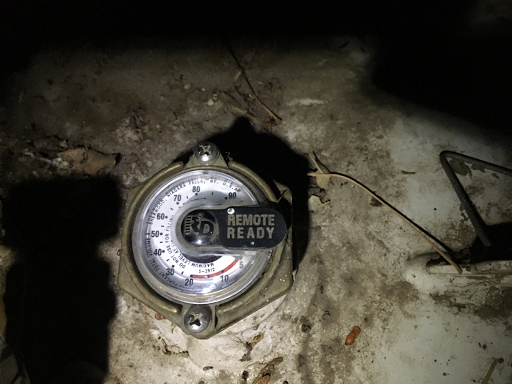