Skip to content
Late last week, with this weird weather, the box elder bugs started coming into the house in droves. I mean herds, waves of attackers with constant stragglers.  I broke three fly swatters in that time period. These are not your average run of the mill flywatter. These are telescoping!  They have 1.5 times the reach of a standard swatter and can shrink down to 1/2 the length also!  They are truly amazing. I have been killing a hundred bugs a night in the house. I have utilized chemical warfare inside and outside the house. This has resulted in a slight decrease only. I started popping the ceiling tiles out and using silicone caulk in all the crevices. That helped some more. I then sprayed the ceiling seams with more chemicals. I moved the vacuum cleaner down to the living room so I can use it several times a night to suck the bugs away. I use it on the live ones.
All of this effort over a two week period has resulted in me only having to kill three bugs tonight. I think I am finally gaining ground on the bugs. The best part is four more of my fancy telescoping bug swatters have arrived. I will wield my repaired weapon until it is no more functional. I sealed the beam edges with spackle today. I want to get the sheet rock work done before I start the tile floor. 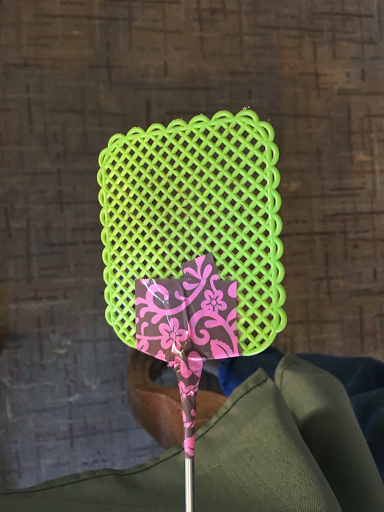 I was assaulted from another front while I was in the midst of my bug battle. The mice have invaded my chicken coop!  They are so brazen now that when I go to get chicken eggs I see them scurrying around in broad daylight. Unfortunately, they have been eating my chicken feed. There is grain all over the floor so I am unsure what to use as bait. I asked Annmarie to pick up some mouse traps. She got me a dozen. I had determined that peanut butter was going to be my death temptation. Four days ago the traps arrived and I snagged a pack of four with the intent to put the fear of Steve into them. I just set the traps with no bait. I was hoping they would just run over the trap and trigger it. Three nights ago I caught two mice with no bait. Two nights ago I caught one mouse and triggered an empty trap. Yesterday, I caught another mouse and another trap was triggered. I found two old traps out in the chicken coop and set those. There are now six killing potential energy machines awaiting to be triggered.
This does not include the 9 mice the dogs have killed out in the barn hay pile in the last week.
The barn cats are a very necessary item for the farm. We never had this problem above five cats. We only have three now and we started with nine. So it looks like we will get 4 or 5 this summer and hope they can survive 7-9 years. It is just so outrageous to get them all fixed. We don’t want kittens every year.
The war is not over.
I went out today and started my first fire in the ram pasture. It took a while but I got it going. By the time I drug all the boards and twigs over to the fire over a course of three hours I was exhausted. After a shower I was good for nothing. 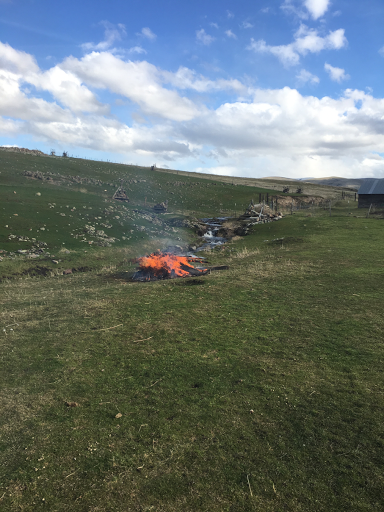