Skip to content
A lot has happened in the last week causing me to get behind on my posts. I spent last weekend spraying. I have heard it before that chemicals are bad. Unfortunately weeds are worse. They take over and choke out all the beneficial plants. The upper prime pasture has taken me almost three years to get straightened out. It looks great this year and is bright green. I had closed it off for ten days after the first few weeks with animals on it. This let it jump back up to 6 inches plus of grass. I sprayed it with 2-4-D and something else that burns big bull thistles. I spotted three baby killdeers running around the blackberry bushes. I didn’t see a parent killdeer until almost an hour later.
I sprayed 150 gallons of spray over about 15 acres. Luckily for me the weather was amazing and cooperated both days. The international tractor is up and working.  I did figure out the gas gauge doesn’t work so I will have to keep an eye on the fuel level. I even had them add the warning triangle!!  I fixed the chain holding the hydraulic pto to both three point hitch arms. One side had broken loose and was linking the hydraulic lines. I really want to be able to use this tractor with forklift arms. It would require some custom fabrication costing around $1500-2000. It would be much cheaper if I had the bucket attachment and could buy the clamp on forks. Those only cost about $400.
I found the bucket attachment!!!  It was out by the grain bins. I just need to get it reinforced with some weld on plates and it will be ready for clamp on forks. I have two projects that I need a forklift for and have been putting them off. Twice we have had freight delivered and had to pay extra for a lift tailgate versus having a forklift on site. The last thing I need is to watch a YouTube video on how to drive it. It is clutched and I can make it for forward and reverse but when I want to go fast do I keep shifting it up like a truck?   Or do the higher gears just mean less power at low speeds and a higher overall speed? I don’t know. 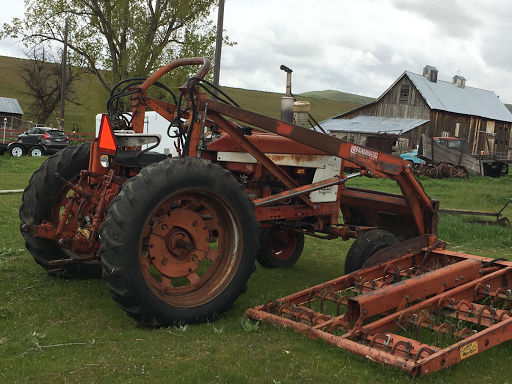 Sarah came out and shaved Mouse also. Both dogs look very naked. We have not had a single tick on them yet and even Mouse has cut down on his creek time since getting shaved.
I have been able to get the lawn mowed every week in between the rain storms. 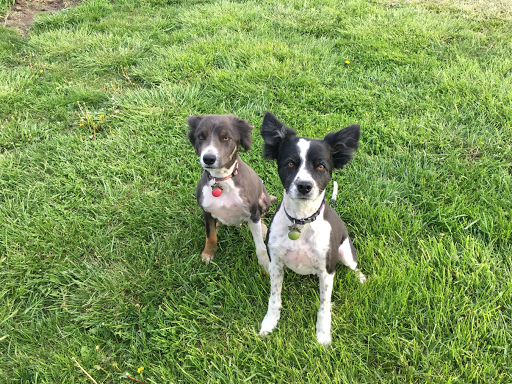