Skip to content
Sarah and I worked on the alpaca table today. I had gotten more supplies and more cut pipe on Thursday. She had to run to the local hardware once for bolts and then I had to go a second time!!  One would think I could count. Sarah learned how to put galvanized pipe together today. She had to assemble and reassemble pieces a few times. It was a hot and miserable day. We had to modify the table design on the movable leg. To create the H brace we needed to have a right and left handed thread on the same cross piece. We had to use tape to hold it together. This would be why the plans talk about using fencing clamps.
I need to write all this up and make up some new plans but I probably won’t. I may out curiosity find those weird pipe fence clamps. 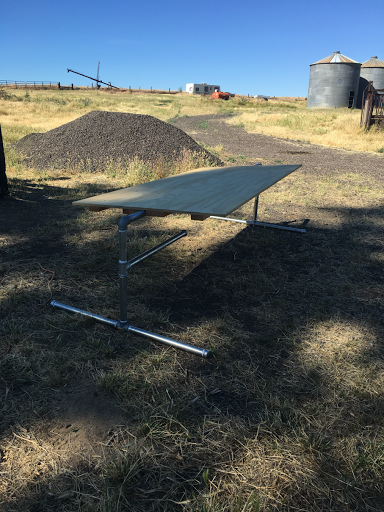 Sarah insisted we eat lunch in a timely fashion. We had lunch at 1215. I had plans for us to still sort cows after we finished the table. We went back outside and finished up the table. The thing is super heavy. I tried to start the gas tractor but the battery was dead. This would be why the negative terminal connection used to be removed. I need to charge the battery and put it back on the tractor. 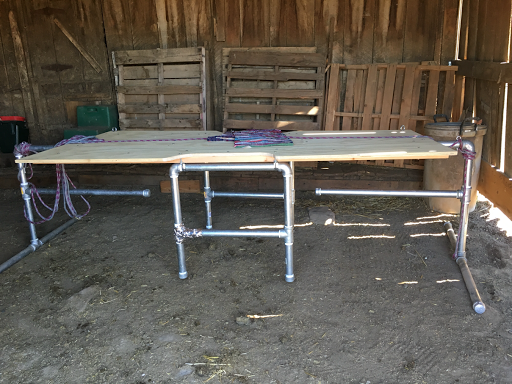 We tried to move the table. No way!!  I went and got the Mistress and she carried it over near the barn. It was so heavy and hanging so far forward that the rear wheels kept bouncing off the ground. Once outside the milking area we had to shovel horse poop before we could move the table inside. It was super heavy and Sarah was petered out by then. We wrestled it into place.
No cows today. We went inside and laid in the living room floor. We were hot and I took off my glasses and laid them on the floor. I kinda fell asleep but noticed the puppy next to me chewing on something. It was my glasses. I tossed them up into the couch and laid there a while longer. He had been at the glasses a while. Both ear pieces a chewed up. One is barely there. I am missing a nose piece and one lens looks like I was in the movie Birds and the only thing that saved my eyes from being plucked out was my glasses. I have scratches and teeth mark over both lens. One lens is providing about 60% clarity. It’s like looking through glasses someone licked after eating ice cream or drinking milk. The worst part is we leave for Taiwan in a week. I am not sure I can get them replaced before then. I did need new glassses but had planned on taking care of that when we got back from Taiwan. 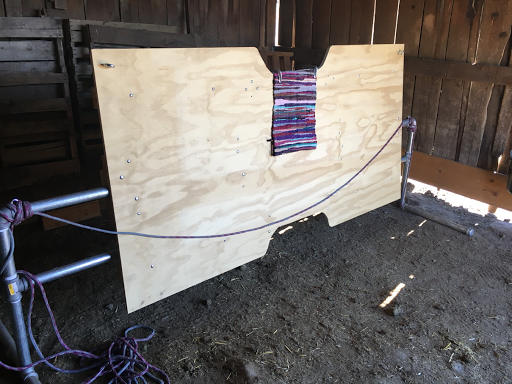