Skip to content
I am not even sure where to begin. July has been a whirlwind month for us. We spent two weeks in Tiawan visiting our foreign exchange student Monica and her family. It was amazing!  They told us two weeks was not long enough and next time we needed to come for a month.
We did manage to find a house sitter. A young man who used to help me out a few years ago. He watched the place during the week and a nephew watched it on weekends. Phil also worked on the horse rock enclosure while we were gone. He made good progress but was unable to finish.
The cows got out four times while we were gone. This is excessive even for them. The morning after we got back AnnMarie said we needed to sort cows again as they were mixed up again.  AnnMarie got them into the ram pasture and just behind the house when I decided to help with the dogs. Zeke pushed them through the fence corner and one cow got stuck straddling the smooth wire fence. Now mind you the fence has needed some TLC the last three years but has not been getting it. I had to cut the fence wire to get the cow out. So now the fence really does need repaired. We sorted and put the bull in the corral. He had a slight limp and a crack in one of his front hooves. We figured the rest and relaxation with some hose cleanup of his wound would fix him right up. He has been getting out and is usually the instigator in these little escapades. We put the cows in on the upper prime pasture as it had been closed off while we were away. I was ready for a nap and AnnMarie was headed to town 30 minutes later when she called me. The cows were out and up in the neighbors alfalfa. No nap. We loaded the dogs into the pickup and I rode in back with mouse. He hates vehicles and won’t stay in the back yet alone. Zeke loved it and doesn’t jump out without a command. We pushed the cows toward the upper prime pasture. They found the open gate that leads out into the wheat field!  I had to get ahead of them and open another gate. We both ended up with sunburns and I forgot a hat and burnt my head. Damn cows, the upper prime field has holes all over. It’s time to get my fencing on!! 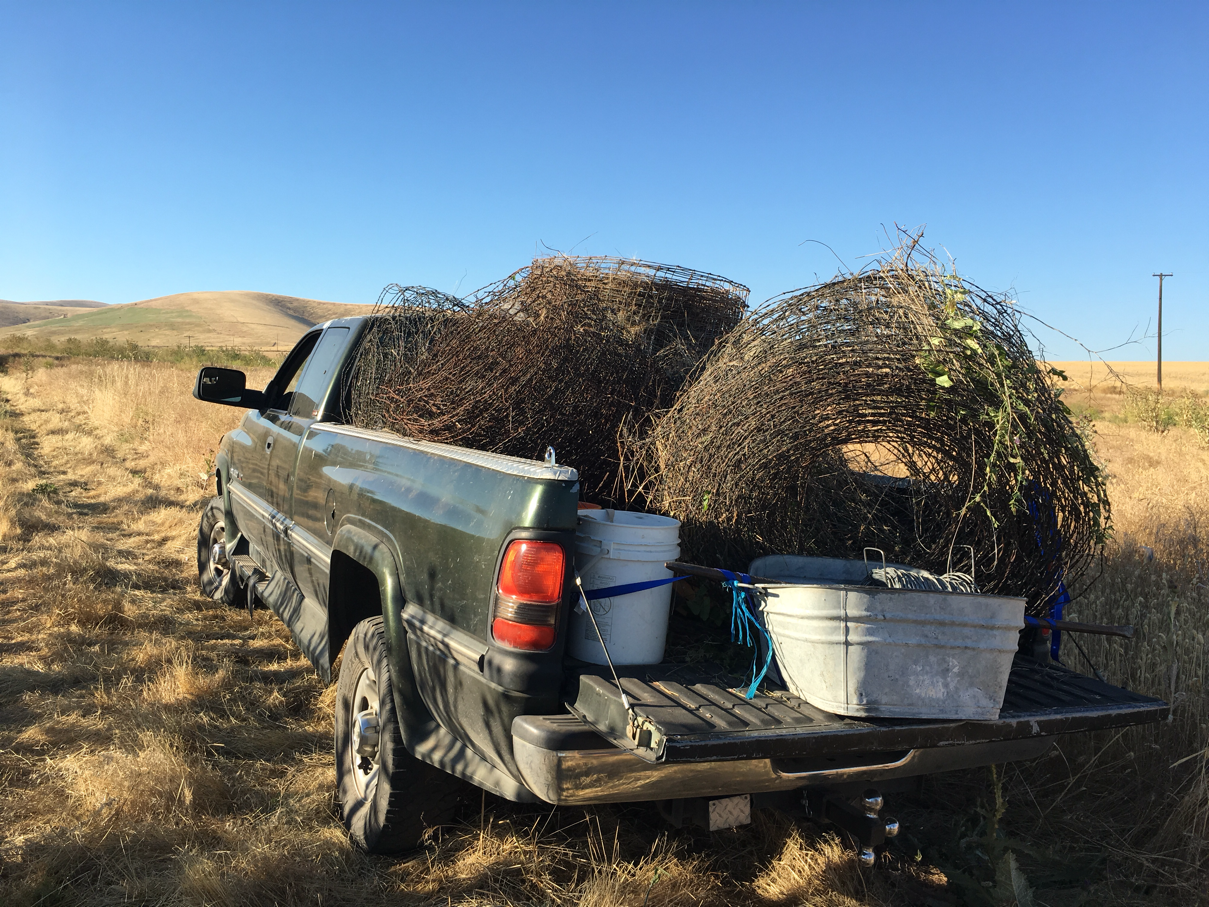 The following weekend I managed to get Mr. Manners out to help with fencing, we started at 0500. My alarm went off at 0410 and I promptly turned it off and rolled over. We had only been back 4 days and our sleep schedules were not normalized yet. AnnMarie woke me up to tell me Mr Manners was due at 0500. I was exhausted!  I drug myself out of bed, went downstairs and made coffee. I then proceeded to put away the clean dishes and cooked some Kansas City bacon. Mr. Manners showed up perfectly on time. I suspected this had more to do with dad being the chauffeur. He had not eaten breakfast and for a teenage boy this is a significant event. I fed him two bacon and egg sandwiches then we went outside to fence. It took about 30 minutes to fill the back of the pickup with T posts and fencing stays and wire. I could not find any tools!!?  I looked everywhere to no avail. So we started on the simple stuff that needed no tools. We laid out T posts in the barn lot and started pounding them in. July is a lousy month to fence. It’s even worse when you start pounding posts into the ground by hand. By the 8th post Mr. Manners was telling me how he had hurt his back playing a sport. I am three times his age plus some change and I did my half of the posts. I would have let him drive them all if he had been capable. We then strung out smooth wire in the upper prime pasture. It had some holes that needed an extra row of wire to narrow the gap so the cows would quit working an opening into the fence. After that we went and got several rolls of woven wire to lay out in the upper prime squared field.
There is a significant amount of discussion surrounding my naming scheme of fields. It’s a fluid situation and may be subject to change in the future. I am getting ready to fence in the hillside and want to call it “square root of prime”. But for now this is the field we pounded in T posts last year and never strung out the wire. We laid out woven wire along all the fence lines.
I taught Mr. Manners how to drive the tractor and asked him to move a large pile of feces away from the front of the barn. He was on it when I left for town to get tools. I made it to the checkout stand with all my tools before I discovered I had no wallet or money. The drive home was uneventful, I hollered at Mr. Manners to level the tractor bucket with the ground so he could take a bigger scoop of poop. This time I returned with tools. He was doing much better on the tractor. We ate lunch then just did a couple of things before the chauffeur arrived. His dad, the chauffeur, got out to thank me for allowing his son the opportunity to work. It was nice. I am sure he went home and took a nap. 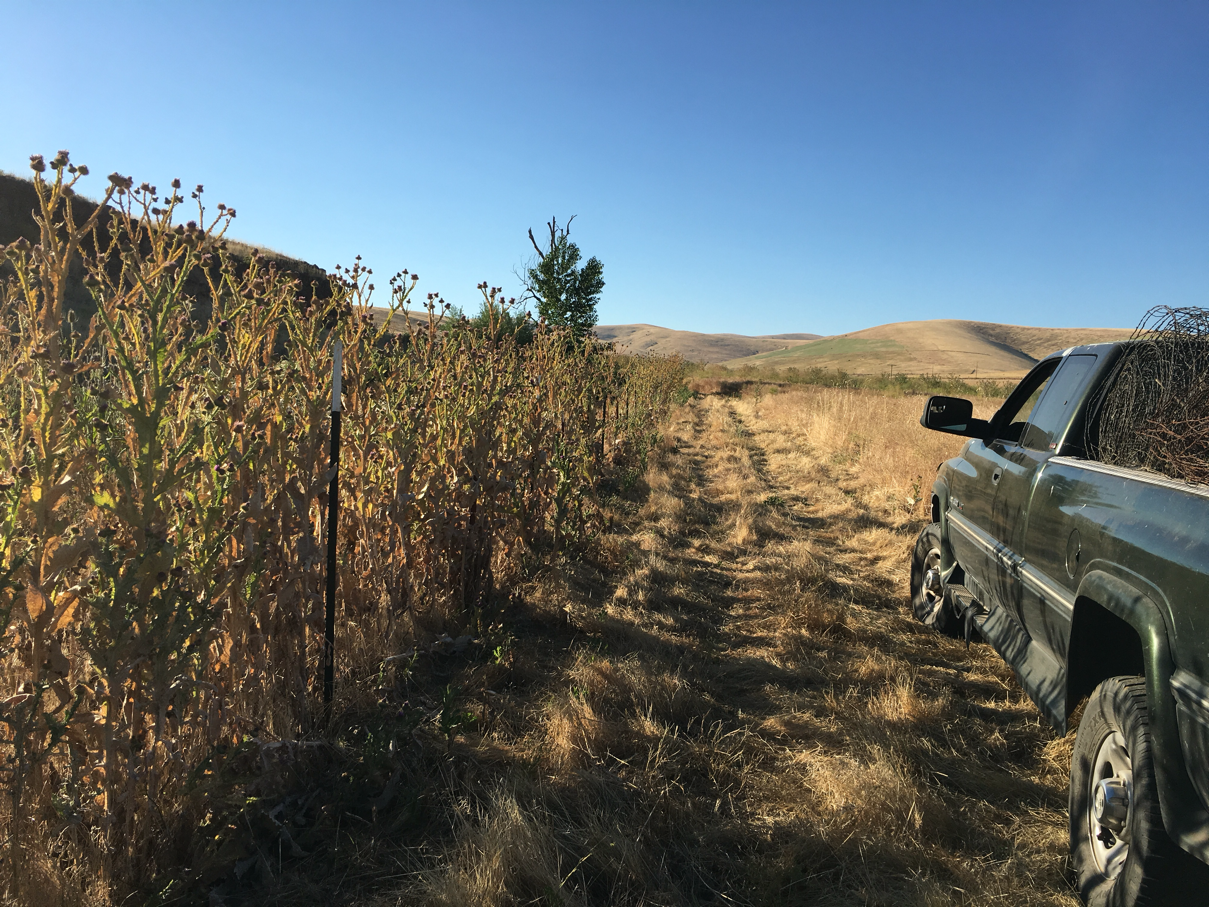 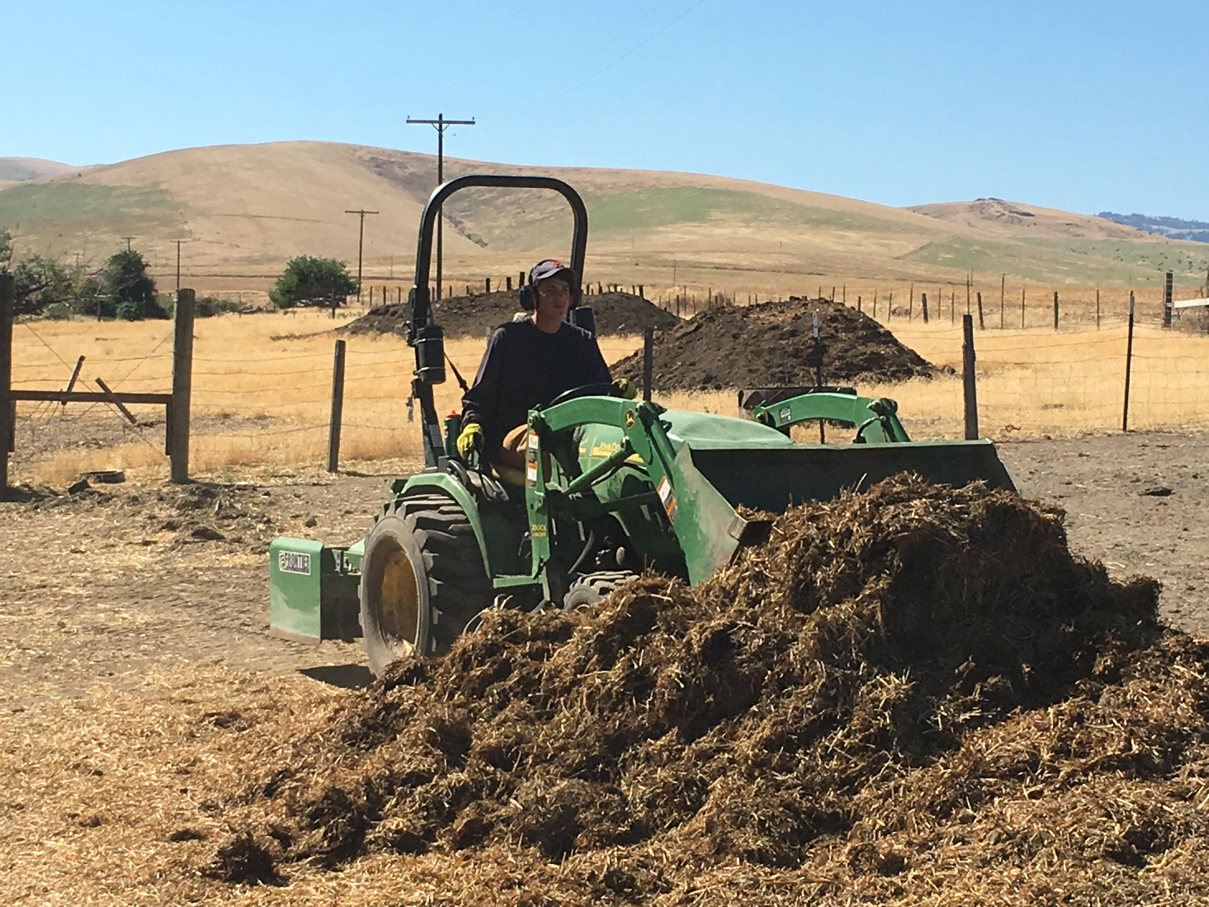