Skip to content
Saturday was the day to start picking up hay. I invited Mr.Red Shirt to come along. He was already injured so I figured he was safe. We started out by finding the pickup location and getting loaded. The plan was to start with large bales then move to small bales. There were 28 large bales to move. My trailer will only hold 6 bales at a time. I had a heck of a time unloading the trailer. Some bales would lift others I tried to tear up. Some got pushed as they would not lift. On a plus note, I figured out the fuel tank will hold 10 gallons and the fuel gauge jumps to 3/4 tank indicator. We went back quit a bit later and got load two. Mr Red Shirt would direct me so I was trying to grab the bale with a level set of hooks. I sliced up the strings on one bale because the hook actuator has a hang up and you have to rapidly bump it to get it to fully engage and disengage. This time the tractor died, behaving as if it ran out of fuel despite the ten gallons that had just been put into it that morning. Mr Red Shirt called a buddy to look at it while I went to get another load. It had a “vapor lock” and worked just fine. Come to find out the reason I could not move large bales was operator error!  The hooks only go one direction so there is a metal wall on the tractor side of the grapple.  That wall must be placed directly against the end of the bale so the hooks push the bale into the wall. Who knew?!  With the magical vapor lock gone and direction from Mr Red Shirt on angle placement I got the whole trailer unloaded. We did a total of six trips. Eventually, his Captain called and he went on another mission. I left the last load on the trailer so that Annmarie and I could go to the movies. I would whip that out in the morning and start the process all over again. 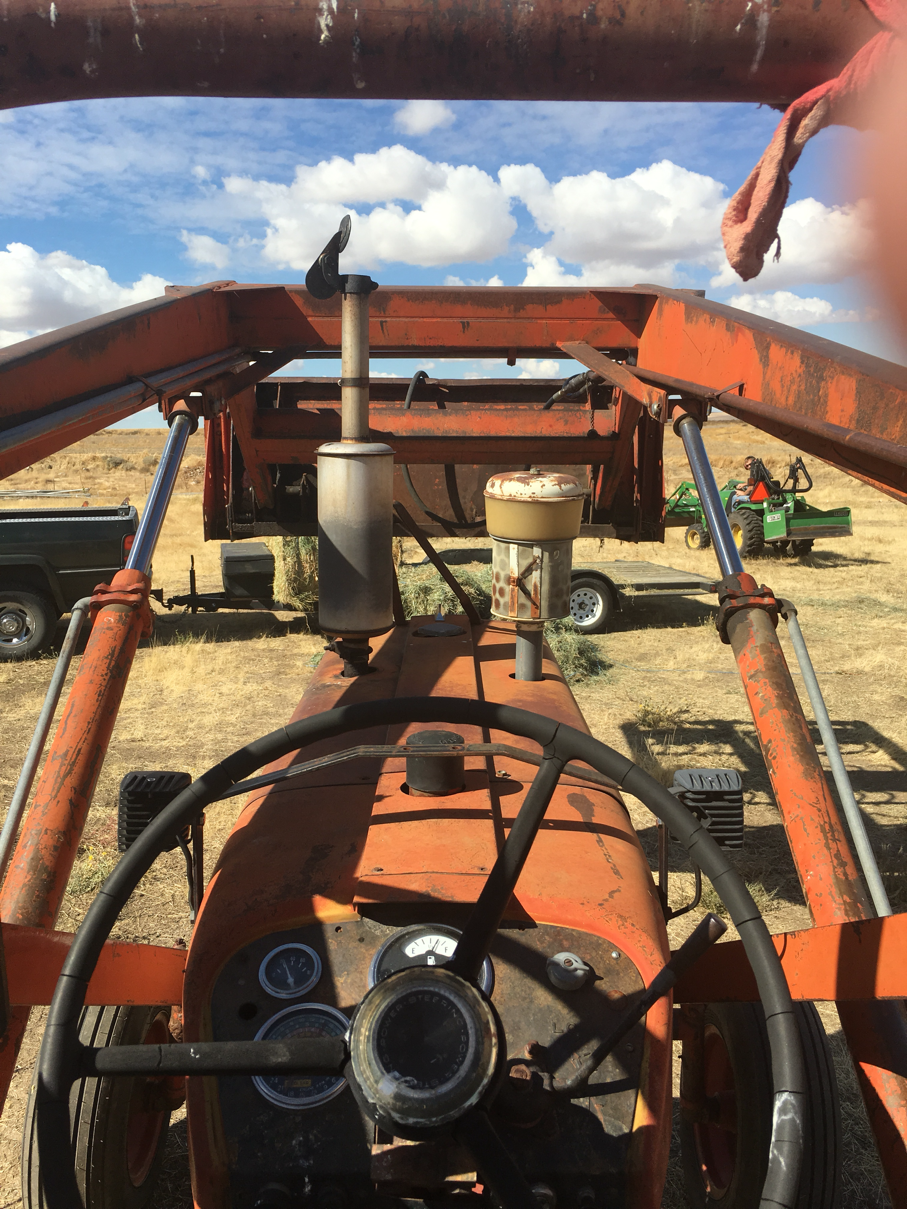