Skip to content
I headed out an hour late to unload the traile Sunday morning . I fired up the tractor and got all six bales unloaded. Easy peasy. Off I go to get my first load of the day. Only four large bales left then we can add on some small bales. The large bales got loaded onto the trailer in an even row. The tail end bale puts a lot of weight onto the back of the trailer. With the six bales two more went on top on the front half of the trailer. So small bales were loaded on top and I strapped everything down with four straps instead of my normal two. I headed out just like normal. My route took me through the reservation and part of Pendleton. This was to avoided much of the  freeway as possible. I only had a two mile stretch of freeway to drive on. I got on the freeway and at 65 mph the trailer started to sway. I stepped on the brake and it got worse.  It was going four feet on each side of the pickup and the pickup was starting to move. I had enough time to look at the cab and realize it was still clean so I wouldn’t get pelted with tools when the pickup rolled. I also acknowledged that this was going to hurt and we would need a new pickup. All this in a split second then I punched the gas. The brake wasn’t working and I thought if I could pull the trailer in a straight line I might be able to stop the swaying. It worked!  I immediately let off of the gas, slowed down and pulled off to the side of the road. It took several minutes for me to feel comfortable getting back on the freeway. I thought this was caused by a brake issue so once I got to the other side of Pendleton I tried to go 55 mph. It did the same thing!  So I turned on my flashers and drove 30 mph on highway then got onto the old road and drove 20 mph! I made it home, contemplated life again in the cab then got out to unload hay. The tractor only did about 20 bales before it ran out of gas!  Are you kidding me?  I had to block the trailer in place, unhook it and take the pickup to get another ten gallons of fuel. The fuel gauge still read 3/4 of a tank. I unloaded the last two large bales and finished putting up the portable corral around them to keep the critters away. The alpaca think the only bales that are edible are the ones on my trailer!!  No matter that two large bales are broken open on the ground!  They go for the trailer bales every time, swearing and running at them has not discouraged them an iota. 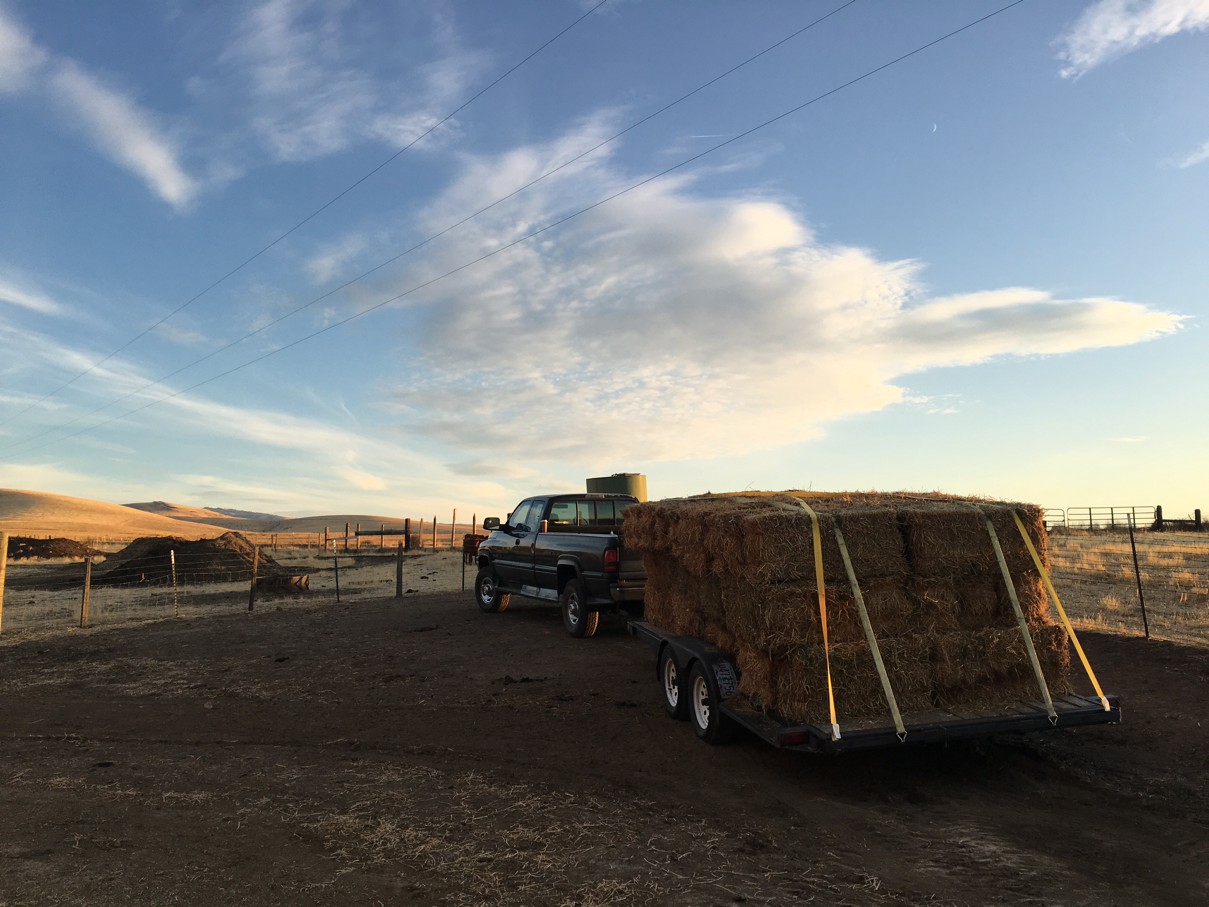 I did manage to get another load but it ended up staying on the trailer. Annmarie loaded bales into the barn for me while I went on an EMS run. She got 18 bales into the barn and I did another 20 when I got home. That is a ton of hay as the bales are quite light. I am really liking the light bales. Dragging those 100-120# behemoths around is a lot harder. I gave her many kudos for helping me out. 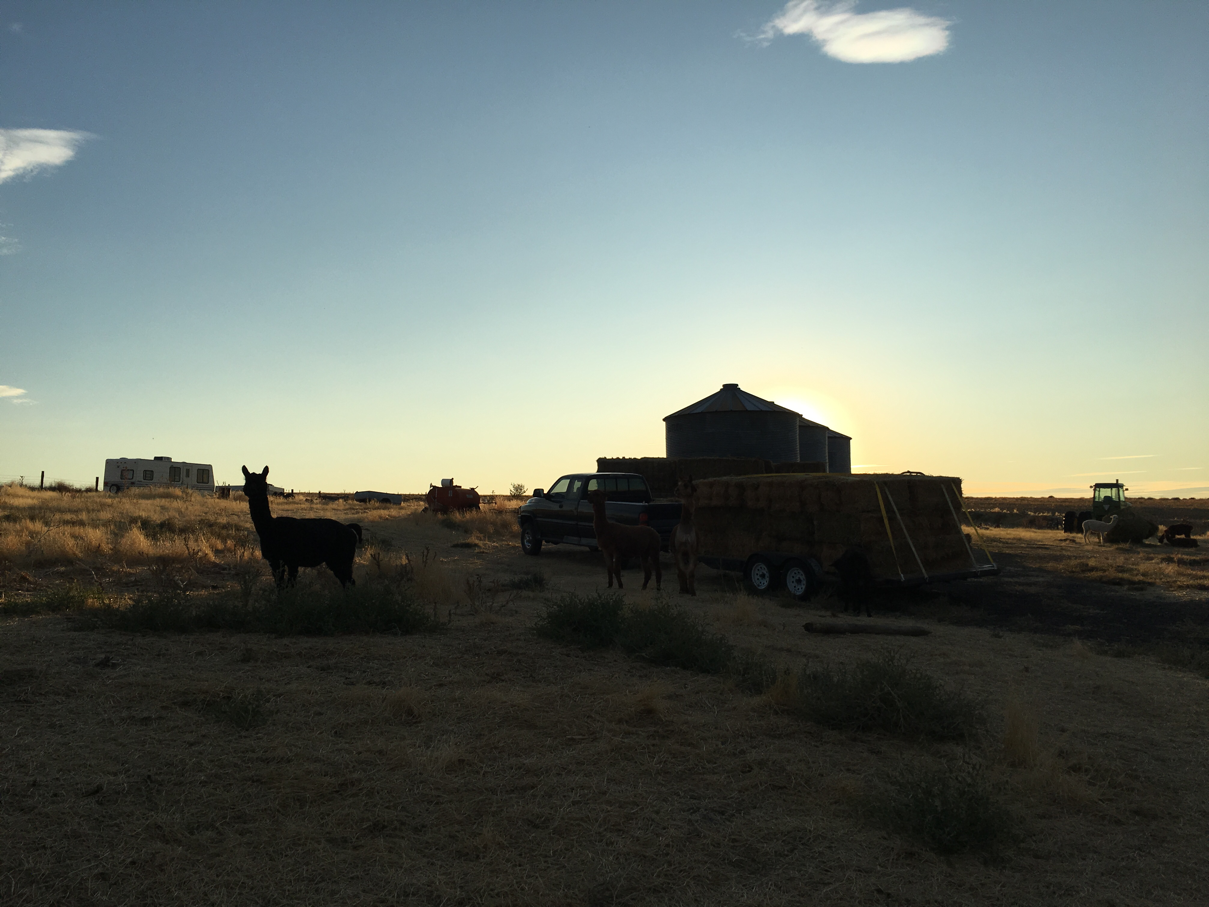 We have a predator problem again. The raccoon is remaining very elusive. We have gone out twice in the early morning and this last time we never spotted the raccoon but it had killed two stupid chickens. One of the chickens was still in its death throes when we got to the coop. I have had the trap out with no success last night I put the trap in front of the enclosure entrance. I am borrowing another trap from a friend but it has to be attached to a post so it doesn’t go away. It’s game on!!  I only have 12 hens left plus two roosters. I need to get this killer under control before I end up with two roosters only!
Our single kitten is still hanging in there. It doesn’t know what to make of the horses now that they are coming in at night. I have not felt well the last two days but I need to start unloading hay so I can make more trips. I have seven more trips to go. 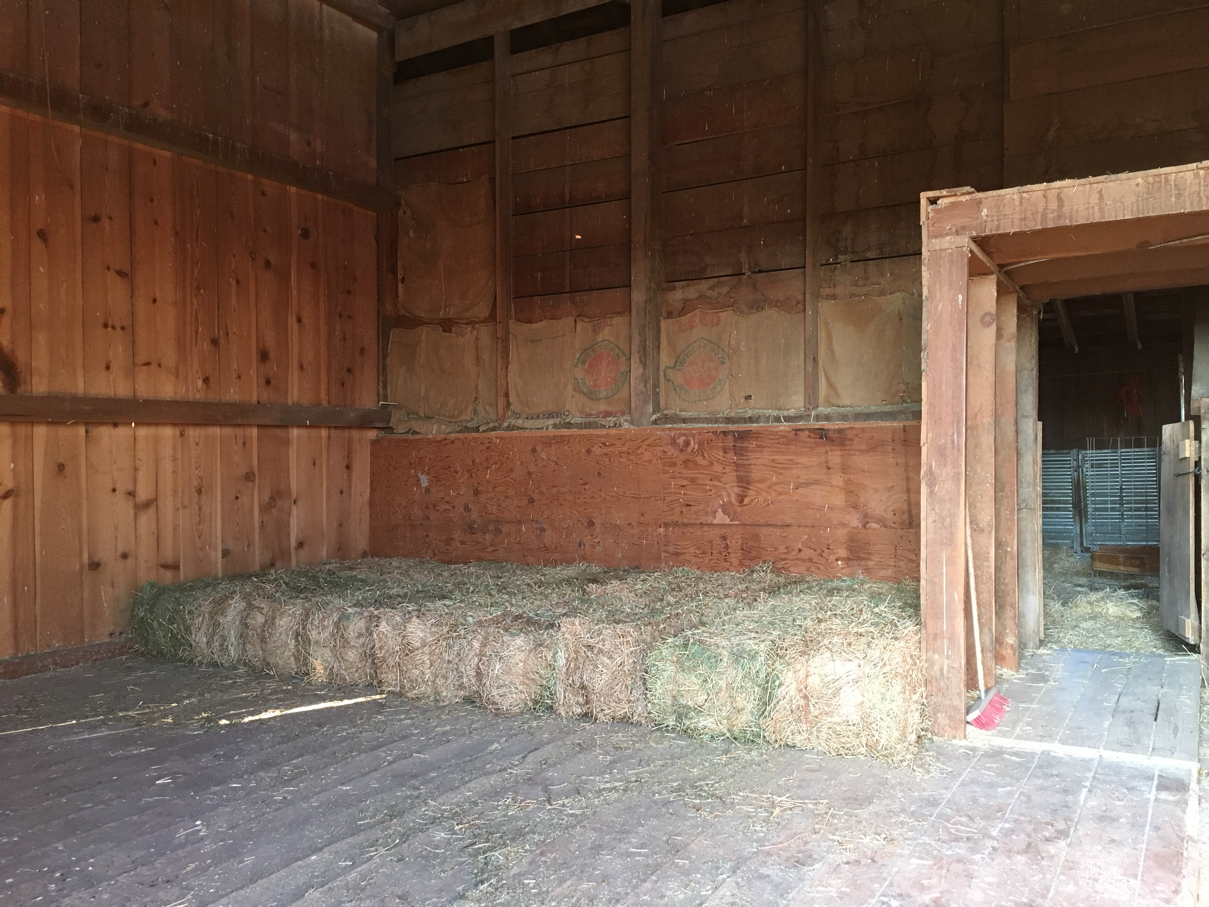