Well Tex came out this morning and while we were eating breakfast “Slim” came out. She is Tex’s little sister and she has agreed to dig out the chicken coop and the barn and do a few odd chores this summer. I set her up with instructions on how to clean out coop, we found all the tools and I got her some bleach, a rag and a bucket for after it got cleaned out. Tex and I went out to the machine shed to attempt to get the micro baler hooked up. This proved difficult at best as the first PTO shaft was too long, so we added the quick connect to get three inches more away from the tractor. The PTO shaft just did not want to go on. We then had to change out the posts and adjust everything to get the dang thing lined up correctly. We also had to put in a quart of gear oil into the baler. I was a little surprised by this as the thing is brand new and has not been leaking at all. We managed to read the instructions a couple more times and drove up to the second field to try it out.

Tex went with me as we figured there would be a learning curve. This was a major misstatement as we managed to only make two bales in the first hour and could not get either one of them wrapped in twine. They were totally naked. We managed to shear off two shear bolts and discover that a pair of spring wire pliers are needed to correct this issue. I do not own a pair of said pliers so I did it by hand, which is never fun. I finally got three bales done correctly and Tex went off to work on the machine shed while I tried to figure it out.

Tex outsmarted himself as doubling the row widths caused a ton of problems. The rows are too wide and too much material is present. We would have been way better off had he not done it. It made baling it a lot harder. I spent 3 hours on the tractor and got 119 bales done. Two boxes of baling twine are not going to be enough. We are using a lot of twine. I managed to mess up two bales and had to lift the dump part manually twice. The second time I had to go get Tex, damn thing is just getting heavier and heavier. 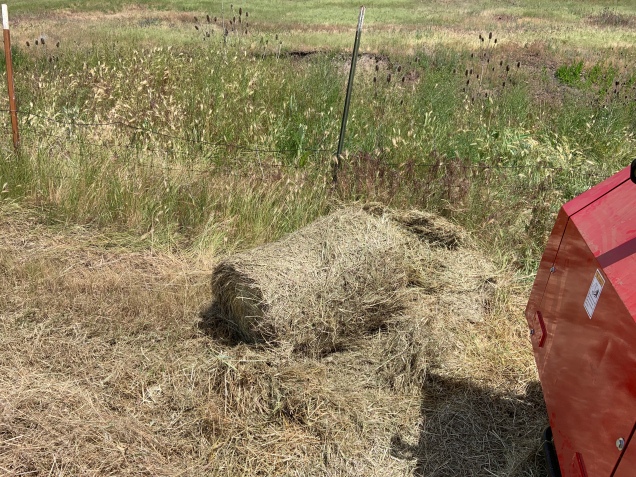 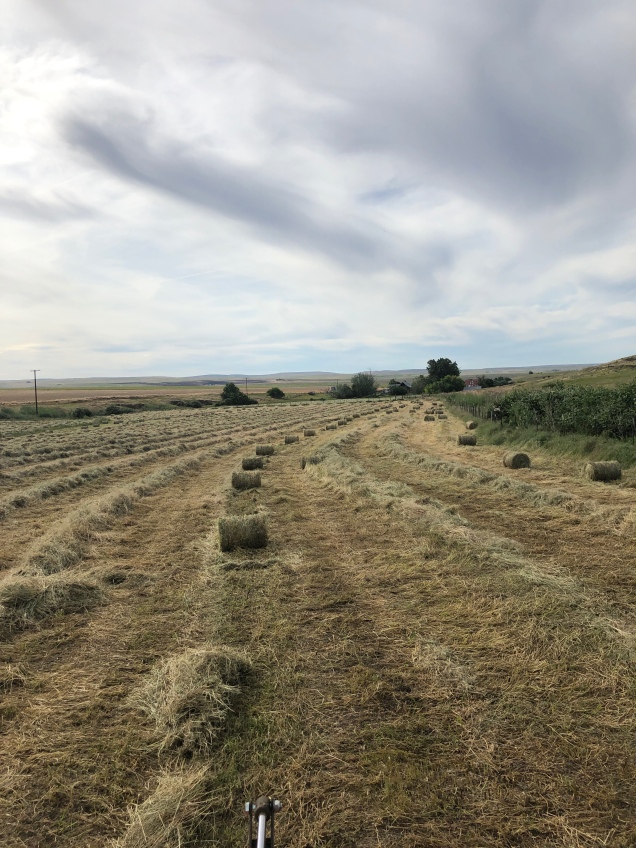 Each bale is supposed to weigh around 50#, I went down to the machine shed to get Tex so I could show him how to bale and give him some tips to avoid issues. He was working with Slim and they had gotten 8 sheets of plywood up on the walls. I showed Slim a few more things I wanted done in the chicken coop and she set right to work. I had told her first thing this was only a one day job and she did it! She just dug in and did the job!! So nice and refreshing. 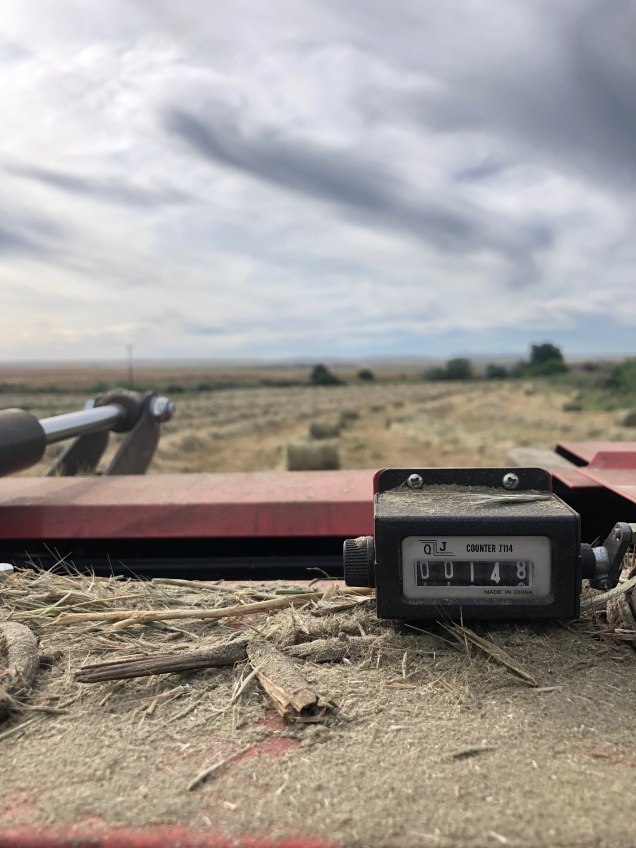 I ran back to town and got 10 gallons of diesel and 10 more rolls of twine so Tex will be able to hit it hard first thing at 0900 tomorrow. When I come home from work I will relieve him and go until dark. The race is on now to get it all done. It does not look like we already have almost 5 ton of hay baled. I think we are going to have over 1000 bales in just the first field only. 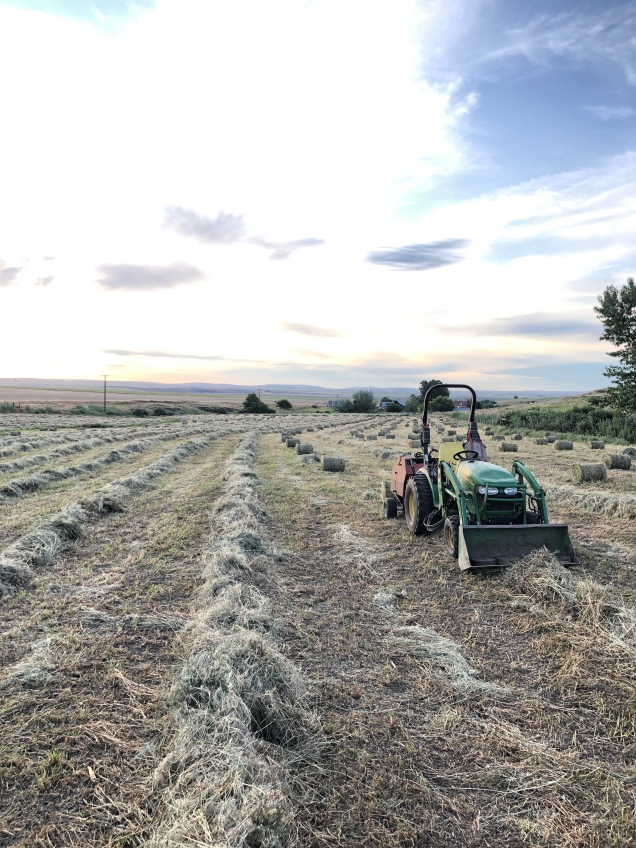 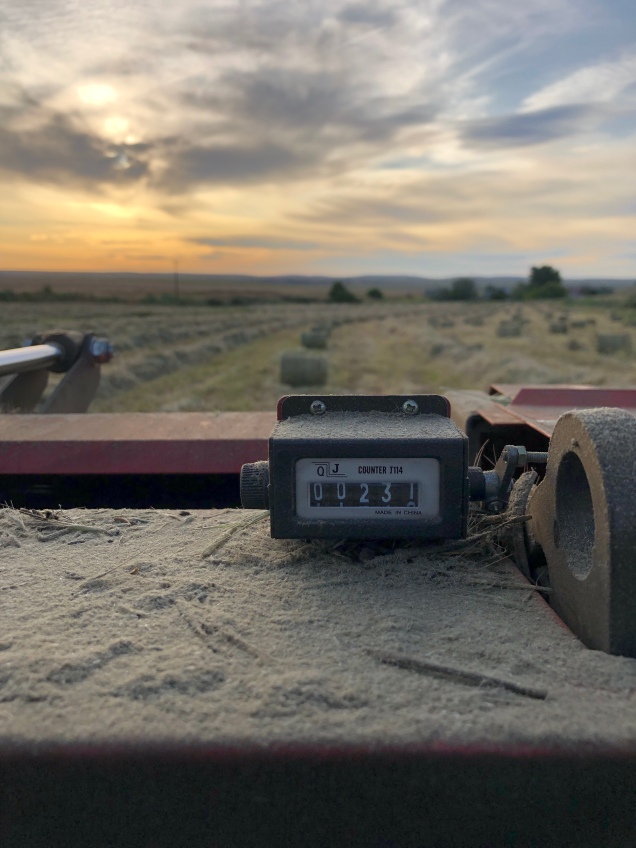