Annmarie called me on Wednesday, while I was at work to let me know that the bull was out. When I went to answer her call I noticed that I had a text on my phone from a neighbor saying our bull was out. Her call was that he was out and she had managed to get him into a neighbor’s corral and needed me to bring the horse trailer.

So I drove home and got Hoss to back up to the horse trailer. We have not used the trailer since we bought it two years ago. We knew it would be needed. Hoss and I had to unload the wood out of the trailer before we could use it. It had a flat tire and the spare was flat. Luckily, I knew there was a tire pump in the pickup we just needed to get there to use it.

We were able to back right up to the corral and use two panels to make an alleyway and the bull just went right into the trailer. Usually the bull pushes through a creek crossing or gets through the wires. Hoss will look at the fence line after they get the bull put away. I convinced Annmarie that we should put the bull up with the steers in the upper prime pasture as we just fixed that fence. I went back to work as they unloaded the bull.

Annmarie called me again at work in the early afternoon to say that the bull was out again!! This time he had gone the other way and headed up the creek. Annmarie headed up with the pickup and dogs to push him our way. I headed home early. I should have stopped at the house and change shoes, but I knew that Annmarie wanted to get done as our company had just arrived and she had left them alone at the house.

As I was driving up the gravel road looking for Annmarie I called her and she hollered stop I see you as I drove down the road. She had been with the uncooperative bull and the two deaf dogs for over 45 minutes. One would not know that she was to be ordained this week as a priest!! Mouse thought that the only way to move the bull was to grab his tail or bite his heels. I ended up having to walk up to the bull and take over the dogs as they had gotten ahead of Annmarie. I got him down to the road and let him out onto it. He started ambling home and I went and got my car. I could see Annmarie coming off the hill but the bull was going out of sight. Once Annmarie saw the car moving a steady stream of yelled comments began and I ended up stopping, getting out and chasing the bull on foot while Annmarie drove the car. The dogs, I and the car pushed him back to top of our property and he turned down and started headed home. We got him into the corral and locked him in. He will be staying there until Sunday so we don’t have to chase him down again. It took us two hours this time to get him. 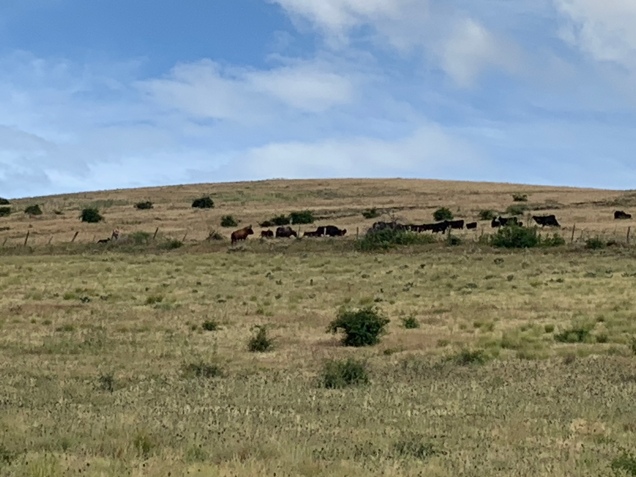 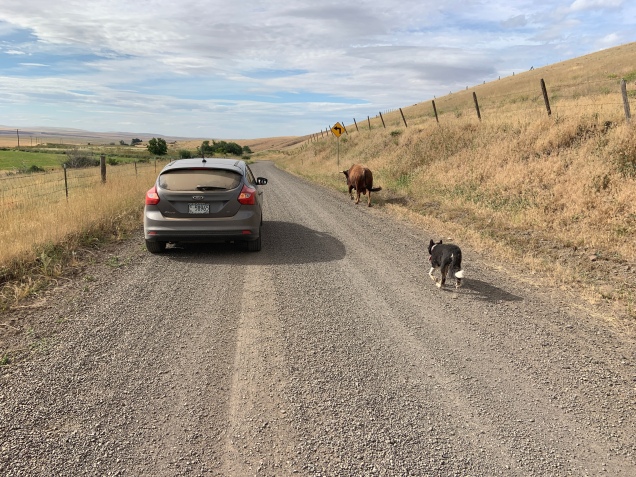 The next day the bull had a pretty bad limp. He has a bad left front foot and when he walks too much it bothers him. He was not getting any sympathy from either one of us its his own fault.