On Friday Hoss and I went up to the swamp field and worked on getting the creek side fence installed. I was hoping to get it all done on Friday, but my back was bothering me so I took medications and kept working. We ran out of woven wire! I even called the metal scrap yard but they only had one roll. We happen to be using some 48″ woven Red Brand fencing so it did not require any smooth wire on top. We quit around 1400 and I ended up going into town and picked up a single roll of woven wire and two utility panels. I keep calling them cow panels but when I go to purchase them I have to remember to call them a utility panel or they cannot find it in the computer.

I was unable to get up and go out and work on Saturday due to my back pain. An ice pick and napalm had nothing on it. Hoss finished getting the fence up, hung two gates and blocked off a four foot section. He is done for the summer as I have run out of money! The fence still needs a couple of days of work as I need to install all of the T-post clips in it. He put enough in it to hold up the fence. The sheep are now roaming all three fields and can hopefully tear up the far field. I don’t think they can knock it all down but they can hopefully thin it out. 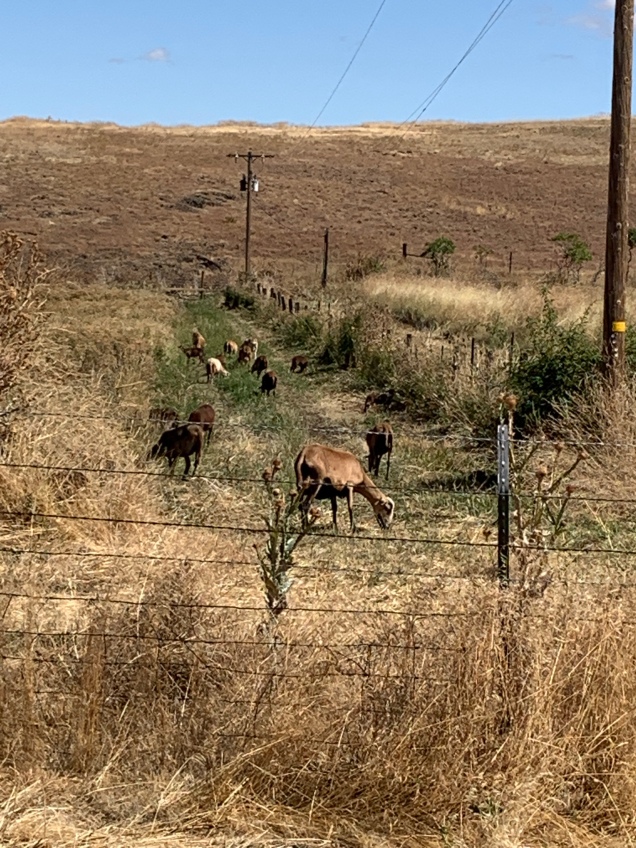 Last night we got a call from Annmarie’s mother that the raccoons were out enforce on her front porch. So Annmarie grabbed the 22 rifle and I grabbed the trusty Walther P22 pistol. I have not gotten a laser for the new Ruger Mark IV yet. I gimped around the house until I found second flashlight and we walked down to the house. There were five raccoons on the front porch! The real problem is you cannot shoot any so we had to go up to the side of the house so we could shoot sideways and not hit anything. I shot at a couple of the large ones as they darted off and sent Annmarie around the back of the house so see if she could finish them off. This is where the story gets fuzzy. She claims that I do not get to count the raccoons as dead unless there is a body. The raccoons did get hit, but they do not die easily. I ended up with one dead and hit at least 2 more maybe three. She keeps telling me that I need more practice and in that I agree. It is a lot harder to hit a moving target in the dark than it is in the day. So I am going to have to put about a 1000 rounds through my new Ruger pistol. It has a five inch barrel instead of a two inch barrel. Its time to let the Walther retire and move up in the accuracy department. I need a laser and a holster but Annmarie reminded me I can use my vest with built in holster until I get a new one. I also need at least one more clip as I almost ran out rounds last night. Five predators is a lot of moving targets to be trying to kill in the dark. I need more rounds. So according to Annmarie I only killed one raccoon as that is number of bodies I tossed onto the bone pile. 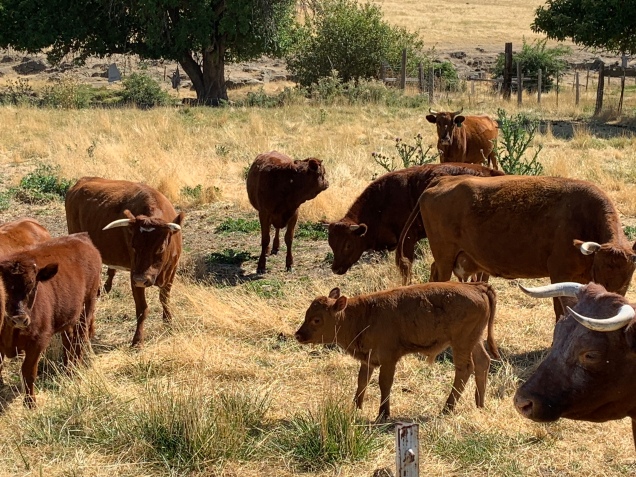 While I was digging around in the bushes for my victims (they ran away) the cows came running over to the fence and started to holler. They get fed apples almost every day so they think all humans should feed them. I spent 20 minutes picking up and tossing them apples from the yard. I noticed two calves that still need ear tags and one needs banding. 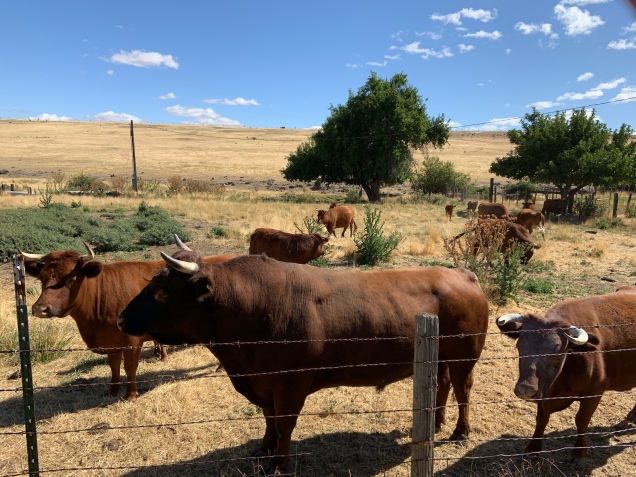 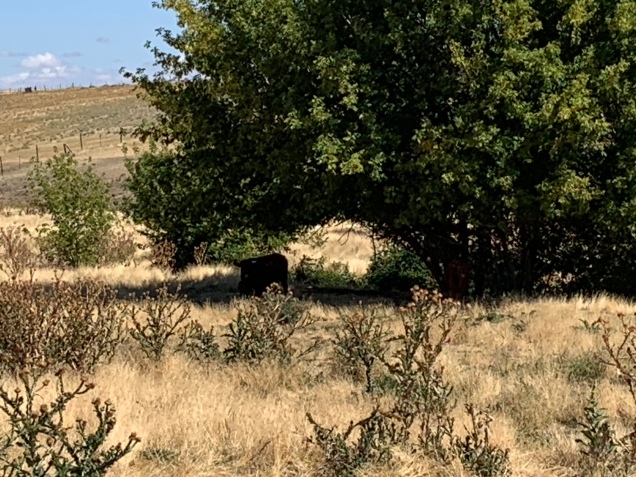 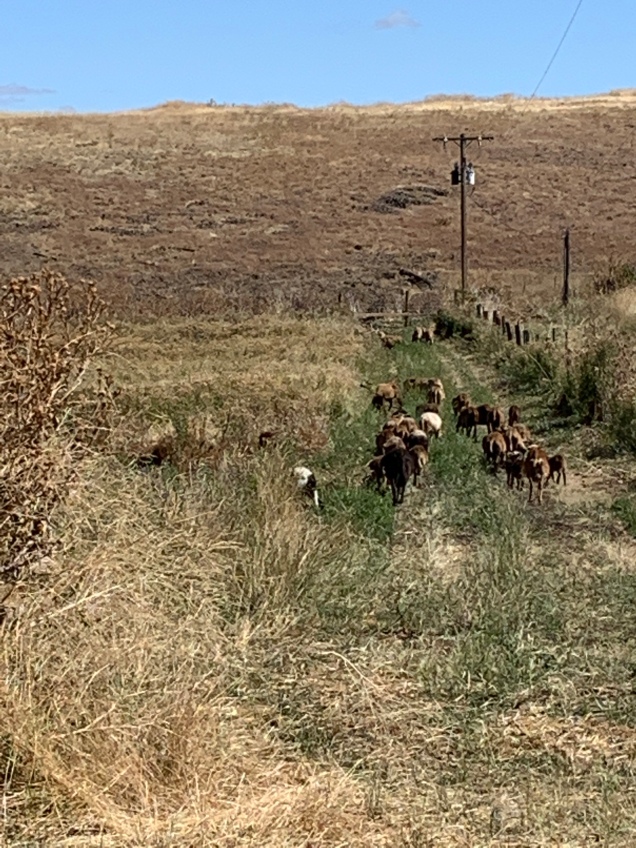