Jason came to the house bright and early so we could get on the barn roof before it got really hot.  He started to cut the flashing while I geared up to go up on the roof.  I got my little pouch of screws on, strapped myself into the safety harness and hung my impact driver from my pants pocket.  I climbed up to the roof peak carrying two pieces of flashing while clipped into the safety rope.  I crawled onto the peak and was sitting down reaching for my impact driver when it leaped off my waist and started careening down the roof top rapidly approaching terminal speed.  Gravity works and the ground is harder than the plastic casing on my brand new impact driver!  The handle broke on impact.  I have no way to put screws into the roof.  So I scooted back down the roof and discussed different approaches with Jason on how to tell Annmarie that I broke another impact driver on the barn project (#3).  Jason pulled the flunky routine and said I had to do it.  This would not be such a big deal if my other one was back from getting repaired but there seems to be a snag with that process.  I sent it to the repair shop, they called asking me what was wrong with it (I forgot to put that on the note), then last week they called twice and left messages telling me it was done.  I called on Thursday and the gentleman on the phone could not find my impact driver.  He took my name and number and said he would call me back.  It has been four days with no phone call.  I am hoping next week he calls, if not I will call him. 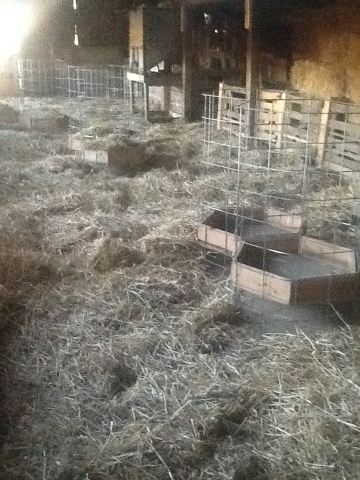 I gave explicit descriptions of the offending item so that Annmarie could go buy me a new one at Home   Depot off she went.  Jason and I started by readying the barn for animals.  We finished cleaning it out and then spread straw all over.  This is a sure sign that the weather is changing because in spring and summer they never come int on their own.  We then went on to the fence between the barn lot and the ram pasture.  It needed to be redirected so that the creek crossing was at a 90 degree angle.  There was too much fence hanging over the creek and everyone was using it like an open gate.  We had to install a H-brace then custom cut some cow panels to go over the creek.  We also had to retighten all the fencing and install wooden fence stays.  This took us most of the day.  We even redug the front creek through the barn lot.  Jason even found some tiger salamander larvae (we had to look them up on the internet!) 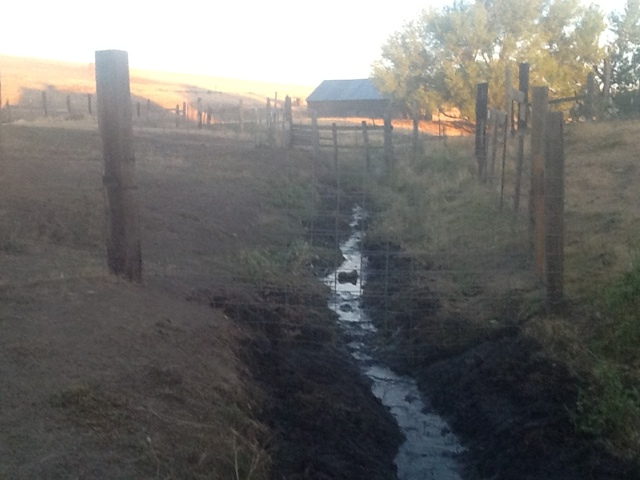 Annmarie brought the new driver back but we were busy so it got left over by the fence.  After our work was completed Jason went over and picked up the box and says “its 12 volts”.  The one thing I forgot to tell Annmarie was it should be an 18 volt driver!  I jumped in the car and went over and exchanged it while Jason cleaned up the fencing tools.  Tomorrow we will hit the roof early and I will use a piece of parachute cord as a safety rope for the impact driver.  On a potential plus note, I had saved body #1 of the first broken Makita driver and I may be able to change out the plastic bodies.  Here’s hoping that works. 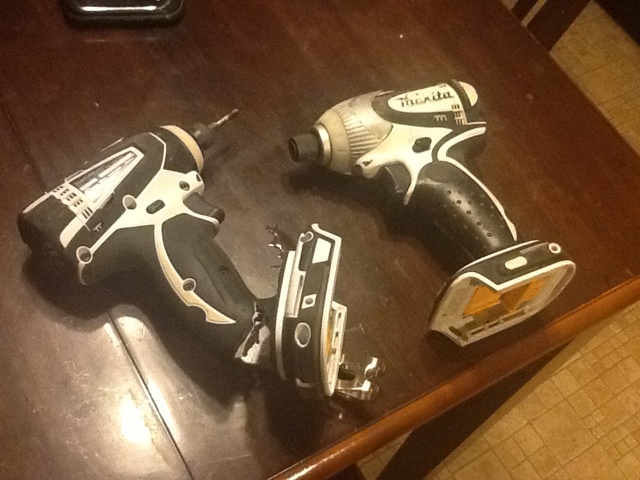