Skip to content
Last week I decided to catch up on something I think needed done, the bridge needed a tuneup. It’s been five years since it was installed. We tore the old one out completely and started over. I went through and tightened all the screws and bolts in the whole bridge. I had to install one new bolt in an upright railing support that stripped out. Initially it looked like the left side of the bridge was lower but a level only showed a slight difference. When I poured the four concrete pillars I put 3/4 inch thread all in them and 4×6 in braces on nuts so I could adjust the bridge height. I was expecting to have to use a four foot cheater bar and some WD-40 to move the nuts. I was able to do it with just an 18 in wrench and some Steve arm power. It was surprisingly easy.
Next year I need to recover the pressure treated beams and paint it the same color as the fence. I really like the way the fence turned out. 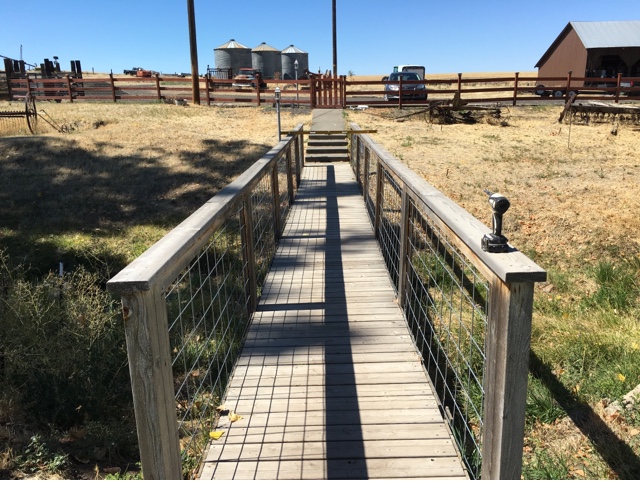 See the left side is slightly higher but the naked eye thinks it is right. Sometimes how it looks is more important than actual level. 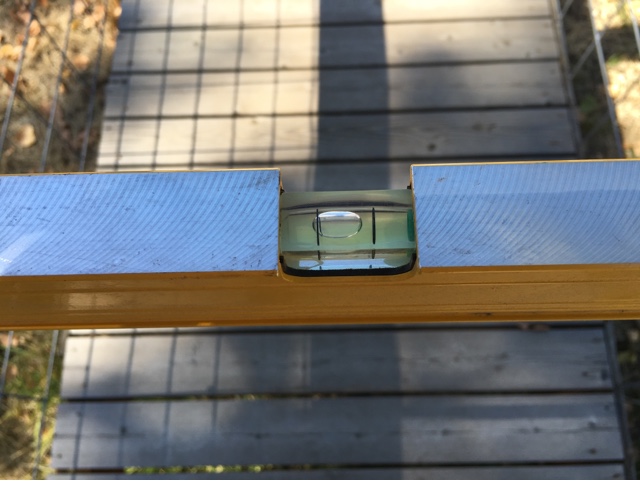 Front to back the bridge is dead on, the part by the fence has sunk 1/2 inch on the left corner. It’s a piece of newly poured concrete and not adjustable. 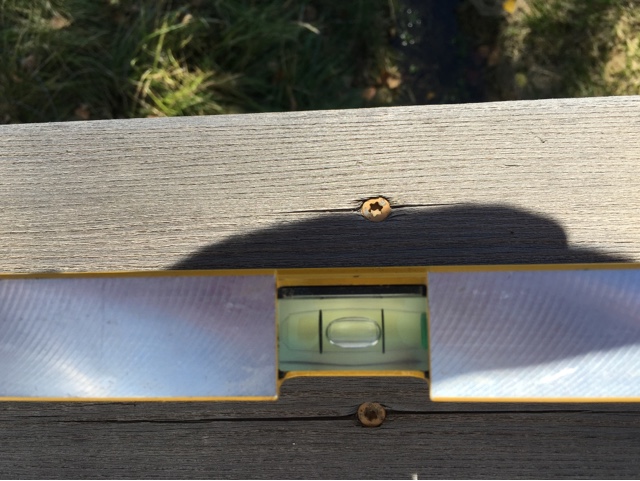 After all the rain we had to go turn all the bales 180 degrees so they could dry out. 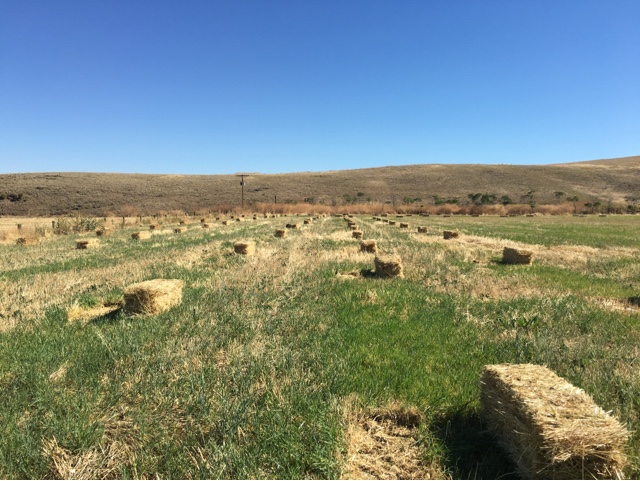